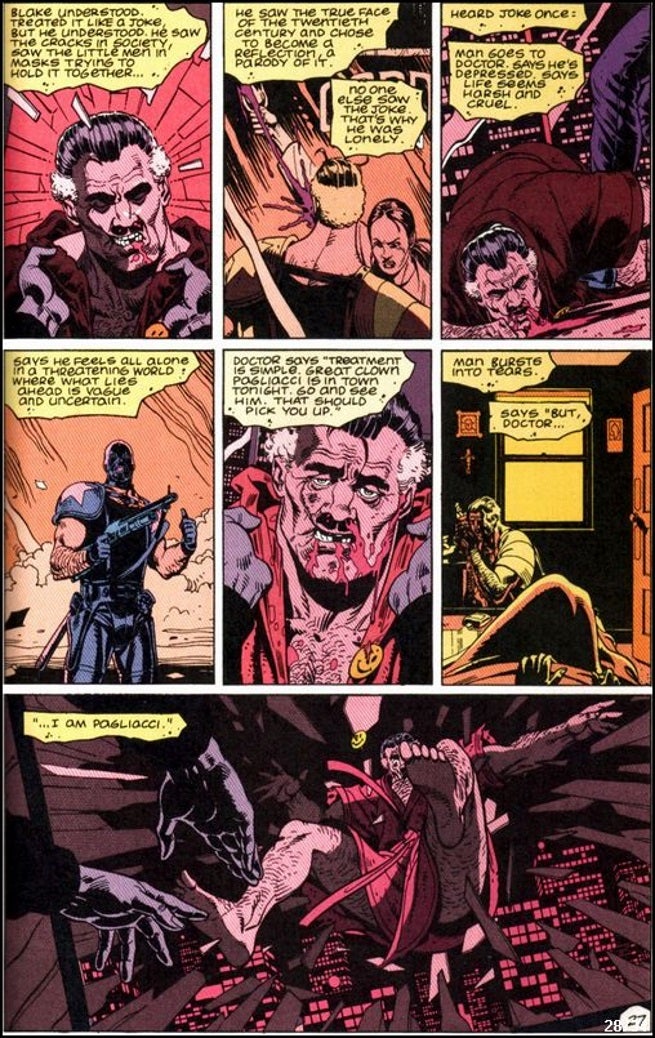 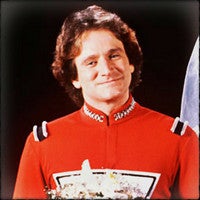 Yesterday, the world lost the great actor and comedian Robin Williams to apparent suicide following a long struggle with depression.

As is often the case in tragic situations, many of Williams’ fans find solace and comfort in art. Many are re-watching some of Williams’ films and stand-up specials to remind themselves of what a great performer he was in life.

For many though, the tragic irony of a man who made his living making others laugh dying from depression has reminded them of a joke from Alan Moore and Dave Gibbons’ seminal graphic novel Watchmen.

The joke goes like this, as recounted by Rorschach in the original comic book series:

Man goes to doctor. Says he’s depressed. Says life seems harsh and cruel. Says he feels all alone in a threatening world where what lies ahead is vague and uncertain. Doctor says, “Treatment is simple. Great clown, Pagliacci, is in town tonight. Go and see him. That should pick you up.” Man bursts into tears. Says, “But doctor, I am Pagliacci.”

Here it is, delivered by Jackie Earle Haley, in the 2009 Watchmen film.

Echoing the series’ central question of “who watches the watchmen?” the joke poses the question of “who makes the clown laugh?” It’s a question many fans find themselves asking with Williams’ passing. So many fans turned to him and his work for cheering up when they were down, but who was there to do the same for him?

If you, or anyone you know, is struggling with depression, remember that the National Suicide Prevention Lifeline’s is open 24/7, and that the number is 1-800-273-TALK (8255).