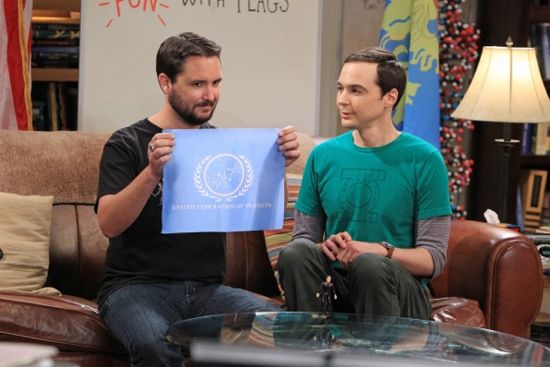 On tonight’s episode of The Big Bang Theory, Star Trek’s Wil Wheaton makes a guest appearance. The episode is called “The Habitation Configuration.”

According to the CBS description, “Wolowitz struggles with moving out of his mother’s house. Meanwhile, Sheldon is caught in the middle of an argument between Amy and Wil Wheaton.”

“The Habitation Configuration” episode of The Big Bang Theory airs on Thursday, November 8, 2012 starting at 8 PM ET on CBS. Check out our sneak preview of the episode below. Photo: Sonja Flemming/CBS