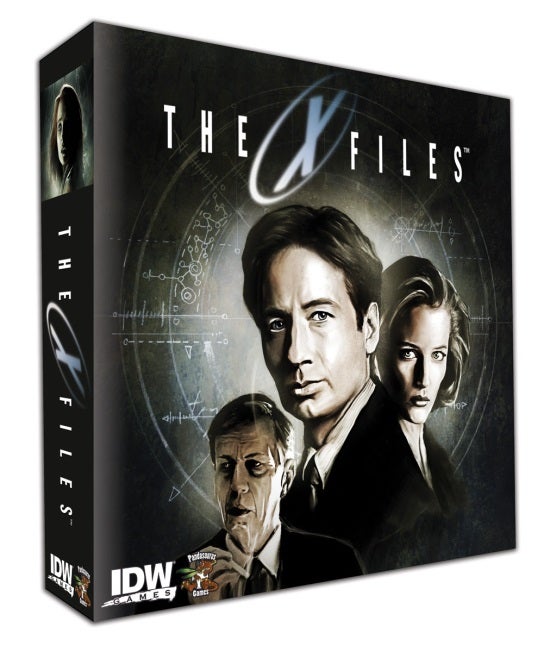 This summer, IDW Games is giving fans a chance to take on the role of Mulder and Scully and search for the truth in a new X-Files big box board game. Players will work against the Syndicate while trying to uncover global conspiracies and threat. "To me, there's no more exciting title than The X-Files," says IDW Director of New Business, Jerry Bennington. "Who wouldn't want the chance to play as the wise cracking Fox Mulder or the incredibly intelligent Dana Scully? And what show created more classic villains than The X-Files? I still remember the first time I laid eyes on Flukeman, now we'll give fans the chance to lose sleep all over again!" The X-Files board game will give fans a chance to start at the beginning by focusing heavily on the first three seasons of the show. The game is being designed by Kevin Wilson (Arkham Horror, Descent, Civilization) with art direction and box art from gallery and comic book artist menton3 (Memory Collectors, The X-Files: Season 10). The game plays in sessions of about 60-90 minutes, with one player taking control of the Smoking and his network while two to five other players team up to stop him. IDW Games will release The X-Files board game in July at a suggested retail price of $59.99.