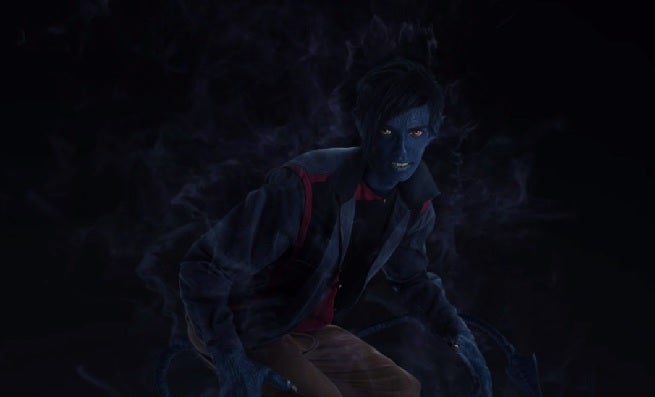 Filmmaker Bryan Singer has released a first look at actor Kodi Smit-Mcphee in makeup as Kurt Wagner, better known as the X-Men's Nightcrawler, from the forthcoming film X-Men: Apocalypse, which starts filming...well, apparently pretty soon, as Singer says it's the first day on set.

You can check out video, embedded via Twitter, below.

Don’t blink or you’ll miss it. Check out this first look of @KodiSmitMcpheee as #Nightcrawler in #XMenApocalypse. https://t.co/Wn4AdMd3tK

X-Men: Apocalypse will be in theaters on May 27, 2016. It's directed by Singer and stars Michael Fassbender, James McAvoy, Jennifer Lawrence and Nicholas Hoult.