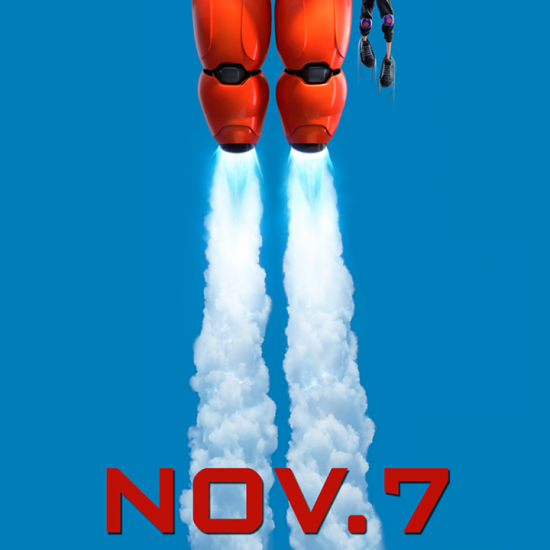 A new sneak peek teaser has been released for Big Hero 6, just a day ahead of tomorrow's teaser trailer reveal. The teaser gives us a look at Hiro Hamada bringing his robot friend, Baymax, to life. A new poster was also released that shows Baymax and Hiro rocketing into the sky. In Big Hero 6, the first Disney animated adaptation of a Marvel Comics property, brilliant robotics prodigy Hiro Hamada finds himself in the grips of a criminal plot that threatens to destroy the fast-paced, high-tech city of San Fransokyo. With the help of his closest companion, a robot named Baymax, Hiro joins forces with a reluctant team of first-time crime fighters on a mission to save their city. Big Hero 6 comes to theaters November 7.