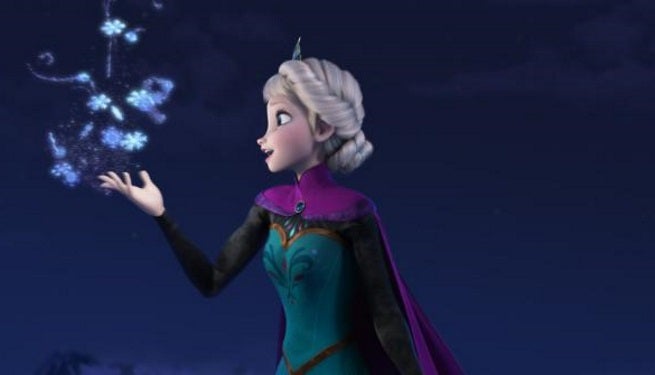 Frozen has surpassed Avatar to become the top-selling Blu-ray of all time, according to The Numbers.

The two films hold a significant lead over #3 contender; both Avatar and Frozen are well over 7 million units, to 5.7 million for Despicable Me 2.

Other films in the top ten include Marvel's The Avengers with 5.2 million; Star Trek and The Dark Knight Rises, each with just under 4 million; Inception, Guardians of the Galaxy and The Hunger Games with between 3.6 and 3.8 million; and The Hangover with just under 3.5 million.

Only 17 total movies have sold more than 3 million units on Blu-ray; those not in the top ten but still over 3 million include Despicable Me, The Hobbit: An Unexpected Journey, Beauty and the Beast, Man of Steel, Monsters University, Harry Potter and the Deathly Hallows Part One and Fast & Furious 6.

Next to DVD numbers, of course, these are quite small; at the last reliable count, Avatar had not yet cracked the top 20 DVDs of all time in spite of its box office and Blu-ray dominance. In 2014 alone, Frozen sold more than 11 million DVDs -- which was in and of itself pretty impressive since #2 was The Hunger Games with 3.4 million units sold.

As of last year, the top-selling DVD of all time was estimated to be Finding Nemo with over 40 million units sold. A sequel to that film will be released in June of 2016. Going back a generation earlier, it's a Disney cartoon that had the top-selling VHS tape of all time as well: The Lion King, with 4.5 million tapes sold on the first day of release and 30 million sold before the film went "into the Disney vault" for the first time. There was at least one documented VHS reissue of the film before the format became obsolete, which was also a best-seller, although because the products were technically distinct (the second came with new special features, a new song and other content), the records aren't kept together.

The rise of Blu-ray as a format has coincided with the fall of the home video market; video stores are virtually extinct and more and more users are streaming movies online, be via subscription services like Netflix and Amazon Prime or by onetime rentals through Ultraviolet, iTunes or their cable companies. Most DVD and Blu-ray sales seem to be either very new releases, or titles old and popular enough to be sold at discount pricing.