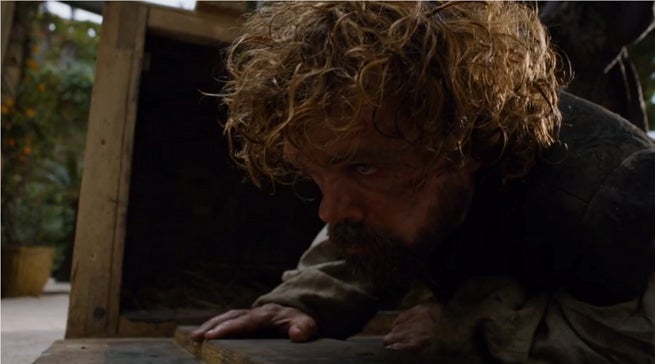 IMAX has released a teaser for Game of Thrones becoming the first television series shown in IMAX theaters.

IMAX will show the final two episodes of Season 4, "The Watchers on the Wall" and "The Children." They will also debut a trailer for Game of Thrones Season 5, teased in this video with a shot of a bearded Tyrion Lannister being unceremoniously dumped out of the crate Varys hid him in the Season 4 finale.

Game of Thrones begins showing in IMAX on January 29.