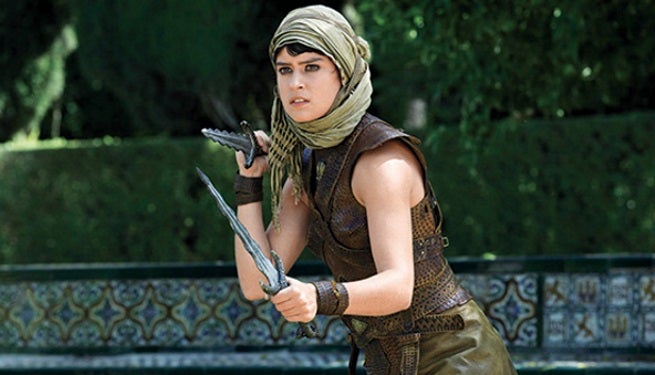 HBO has released the first official photos of the Sand Snakes, the bastard daughters of Oberyn Martell, appearing in Game of Thrones Season 5.

Obara (Keisha Castle-Hughes) is the eldest Sand Snake, and wields a spear. Nymeria (Jessica Henwick) is the middle sister, who fights with a bullwhip. Tyene (Rosabell Laurenti Sellers) is the youngest, and dual wields daggers.

"We haven't seen women like this on Game of Thrones before," Castle-Hughes tells EW. "You have lone wolves like Arya and Brienne, and others like Daenerys or Cersei, who are politically strong surrounded by men. But you haven't seen women who are strong together and who collaborate – which is a dangerous thing. We're three girls who are violent and manipulative who are thirsty for Lannister blood."

Check out the images in the gallery below. Game of Thrones Season 5 premieres April 12 on HBO.