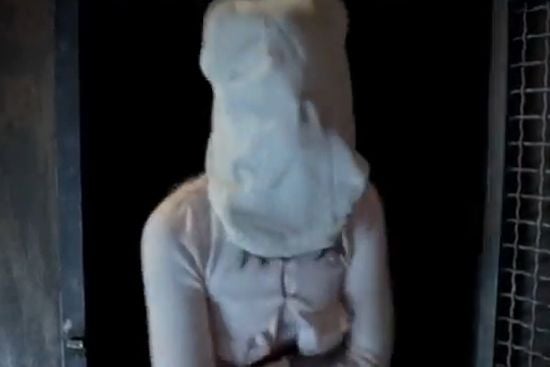 With The Walking Dead airing its mid-season finale, fans will have to wait until February before they get answers to all the questions raised. The "Made To Suffer" episode of The Walking Dead finally showed Rick and his group entering the town of Woodbury to rescue Glenn and Maggie. Of course, not all of Rick's group made it out, and The Governor suffered some losses of his own. Here are the five biggest questions that will have to linger until the series picks back up in a couple of months. 5. Is Andrea fully on The Governor's side? – With Andrea's relationship with The Governor taking a romantic turn, fans have been wondering whose side she would be on during a confrontation. When Michonne is about to kill The Governor, Andrea rescues him, but she also lets Michonne walk away. While it looks like Andrea might be leaning toward The Governor, we still don't have a definitive answer. 4. What will The Governor do to revenge Michonne killing Penny? – Michonne has cost The Governor dearly. Not only did Michonne kill The Governor's zombie daughter Penny, but she also stabbed out one of The Governor's eyes. The Governor isn't the type to let bygones be bygones, so what type of revenge will he attempt to take on Michonne? 3. Is Rick Grimes still crazy? – After the death of his wife Lori, Rick Grimes descended into a state of madness, where he believed he was getting calls from the dead on a rotary telephone. Rick seemed to be getting better, but during the gunfight in Woodbury, Rick hallucinated that one of the shooters was his dead former friend Shane. Has Rick not fully regained all of his marbles? 2. What's in store for Tyreese and his group? – While Carl first helps Tyreese and his group, he also locks them up to keep them away from his own group. Carl has learned enough to be wary of strangers, so he's likely just playing it cautious. When Rick and the others return, will they keep Tyreese and his group locked up? Or will they welcome them into their own group, which has been dwindling in numbers? 1. Will Merle and Daryl survive? – In the big cliffhanger for the mid-season finale, The Governor has branded Merle a traitor and captured Daryl. The two have been thrown into the zombie arena, while the citizens of Woodbury chant for their deaths. Will both or either of the Dixon brothers survive? In the preview clips, it looked like Daryl was still around, but could that have been just to throw fans off?