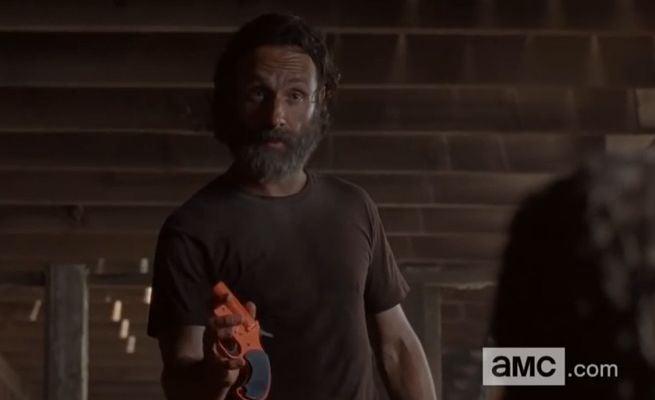 The Walking Dead Season 5 finale reportedly has a runtime of 90 minutes, extending the typical 60-minute format by 30 minutes.

The news comes from EW writer Dalton Ross, who tweeted the information on Wednesday.

The episode will directed by executive producer Greg Nicotero. While little is known about the season finale's plot so far, the extended running time seems to imply that its story will be pretty big.

The Walking Dead airs Sundays at 9 pm ET on AMC.