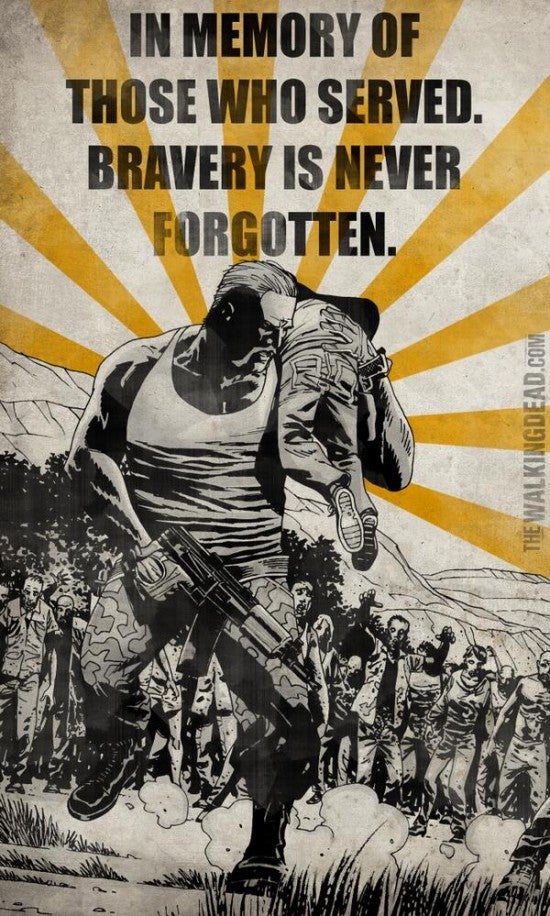 In a tweet released to celebrate the Memorial Day holiday weekend, the official account for Robert Kirkman and Charlie Adlard's The Walking Dead tweeted out the image above with the hashtag #grateful. Pictured, of course, is Abraham Ford, a former soldier who served as Rick's right-hand man and muscle for a time in The Walking Dead. A fan-favorite character, he was just recently introduced on AMC's television adaptation of the comic (played by Michael Cudlitz). It wasn't long before someone complained that using a fictional veteran for such a piece is disrespectful to actual members of the military, but it seems unlikely that will become a big topic of conversation since that practice isn't really all that uncommon in entertainment.