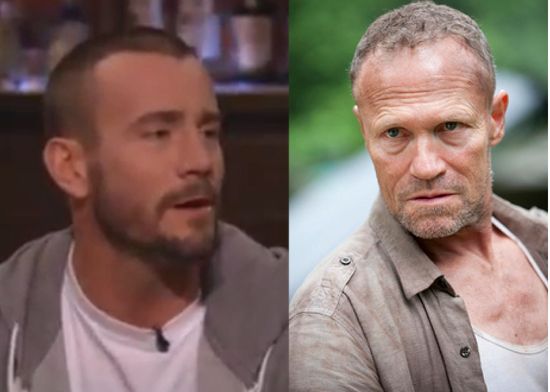 As first reported right here on Comicbook.com, CM Punk offered The Walking Dead's Michael Rooker a shot at the WWE title on a bonus episode of Talking Dead. Interestingly enough, both CM Punk and Michael Rooker are appearing at Wizard World Comic Con in New Orleans this weekend. Through his Twitter account, Michael Rooker responded to the challenge. Rooker tweeted, "@CMPunk heard you on the Talking Dead man, be looking for ya and that title belt at New Orleans #wizardworld LOVE ROOKER/MERLE" Through his Twitter account, CM Punk tweeted back, "New Orleans! Tomorrow @WizardWorld @Michael_Rooker gets his shot at the champ!" So did the fight go down? No official word yet on if there is a new WWE Champion, but the two definitely did meet up at Wizard World in New Orleans. The following picture has been circulating on Twitter that shows CM Punk with title belt in hand staring down Michael Rooker. 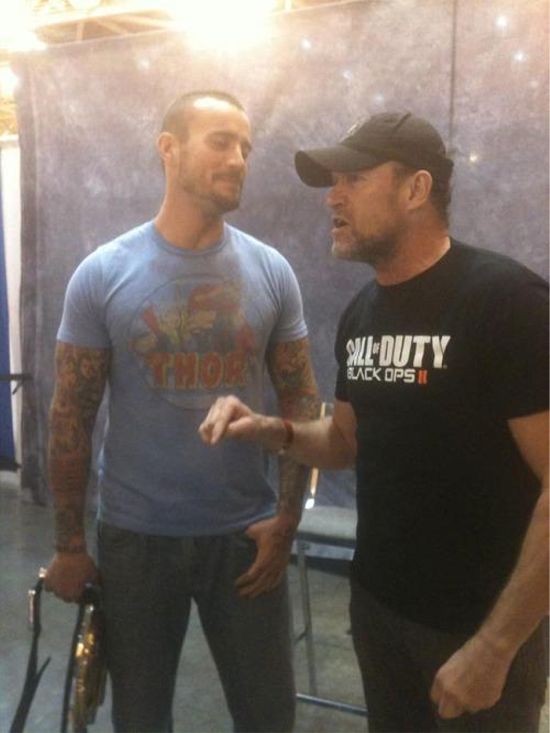 continues in New Orleans on Sunday, December 2, so there could be more action during The Walking Dead panel at 1 PM.