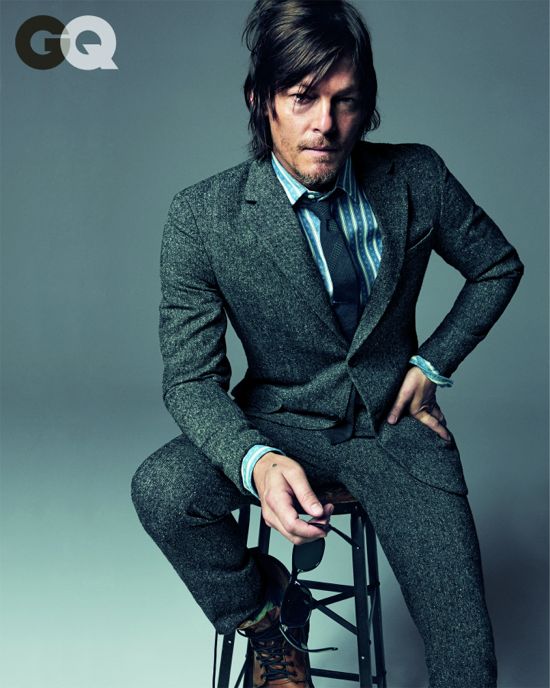 With The Walking Dead Season 4 set to premiere this Sunday, the cast of the show is popping up in a lot of different magazines. In this month's issue of GQ, Norman Reedus, who plays Daryl Dixon on The Walking Dead, is spotlighted in an interview and photo shoot. In the interview, Reedus explains the direction he took with his character Daryl, who appears on the TV show only and is not in the comic book series. Daryl started off as redneck loner, but he has evolved into a moral leader for the group. "I wanted to play [Daryl] like I was sort of embarrassed of who I was," said Reedus. Reedus appears at a number of comic book conventions throughout the year, and he has developed a huge fan base, who utilize names such as "Reedusluts" and "Norman's Nymphos." In regards to his Comic Con fans, Reedus said, "Call them nerds, whatever, man. I f***ing love nerds."