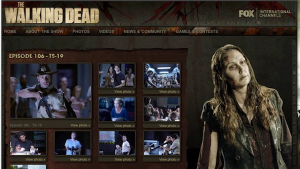 Shannon Guess, real name Shannon Richardson, an unknown actor who played a zombie on AMC's The Walking Dead, was arrested today and charged with sending threatening letters containing ricin to President Obama, New York City Mayor Michael Bloomberg and gun control advocate Mark Glaze. Guess, who also went by Shannon Rogers, first accused her husband of sending the letters, then later told authorities that her husband made her send them, after her husband reportedly told authorities that the attacks were her idea. According to the Centers for Disease Control and Prevention, ricin is a poison found naturally in castor beans. If castor beans are chewed and swallowed, the released ricin can cause injury.  Ricin can be made from the waste material left over from processing castor beans. It can be in the form of a powder, a mist, or a pellet, or it can be dissolved in water or weak acid. She was charged with mailing a threatening communication to the President of the United States, and faces up to ten years in prison if convicted. Whether additional charges will be added to that for the other intended victims not the President wasn't made public. The letters were postmarked May 20 from Shreveport, LA and sent with a return address. NBC New York obtained a copy of one of the letters. "You will have to kill me and my family before you get my guns," the message sent to Bloomberg read. "Anyone who wants to come to my house will get shot in the face. The right to bear arms is my constitutional God given right and I will exercise that right till the day I die."