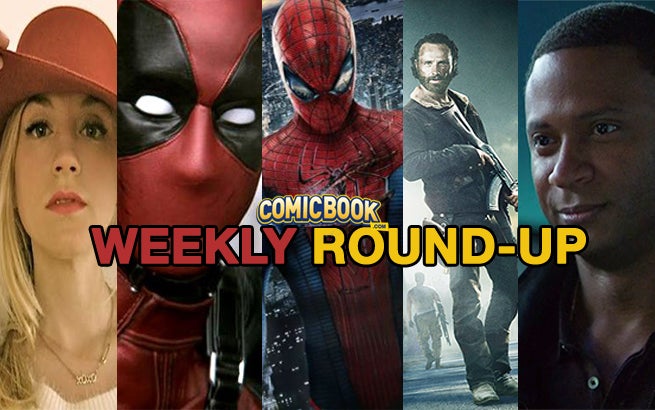 This week was one of the most exciting ever in terms of comic book and movie/television news. The Weekly Round-Up gathers the five biggest stories of the week from ComicBook.com and puts them all into one place to make sure you don't miss a thing. Get caught up on the week's biggest news in the video below:

Marvel Studios and Sony Entertainment worked out a deal to include Spider-Man in the Marvel Cinematic Universe.

In an exclusive interview with ComicBook.com, Diggle actor, David Ramsey, answered the question, "Is Diggle going to become John Stewart and the Green Lantern on Arrow?"

Emily Kinney To Appear On Flash

The Walking Dead's Beth actress has been confirmed to appear in the 18th episode of The Flash.

Reynolds tweeted a sepia toned image of the Deadpool costume's prototype exactly a year before the film's theatrical release.

What was your favorite story this week? Do you think the Spider-Man joing the Avengers news is as exciting as the announcement of Batman vs. Superman was? Let us know in the comment section!