After learning about Carrie Fisher's heart attack, the world has been vigilant of the actress and her condition. Now, fans have learned that the scary ordeal has been overcome in at least one way. According to Carrie Fisher's brother, the Star Wars starlet is in stable condition.

Speaking with the Associated Press, Todd Fisher told the site that his sister was "out of emergency." Currently, the actress' condition is stabilized as she receives further treatment in Los Angeles. Todd Fisher could not say anything else about his sister's state at the time or give further details about what happened.

Todd Fisher also spoke to ABC's Lesley Messer about his sister and her condition. "We just need to tell everybody to keep the prayers up because the doctors are doing everything they can for her right now," he said. "She's a real survivor and always has been and I would expect the best from this. That's how we're approaching it."

However, there are sites reporting that Fisher's condition is not as stable as previously believed. ET Canada recently spoke with Todd Fisher, and the brother said his sister is in the ICU. "I don’t know where they got that word from," Fisher said, referring to the Associated Press report which said he called his sister's condition stable. "That is absolutely not even close to the truth. We don’t know. We hope for the best. We certainly do not know her condition, that’s why she is in ICU. I’m sure everyone wants to speculate but now is not the time for that.”

TMZ was the first news outlet to report that Fisher had reportedly suffered a heart attack during a flight from London to Los Angeles. The actress had been abroad promoting her memoir The Princess Diarist, and Fisher's flight was said to have been nearing LAX when the medical emergency occured.

On Twitter, actress Anna Akana confirmed the reports as she was sitting next to Fisher on the flight.

According to the original report, Fisher was rushed to a local hospital once the plane landed in Los Angeles. So far, there has been no update on her condition, but LAX police did confirm they responded to a medical emergency on her craft when the actress landed.

TMZ has continued its coverage of Fisher's hospitalization. The site noted that the actress's daughter Billie Lourd and beloved dog were seen arriving at the hospital where Fisher is being treated. 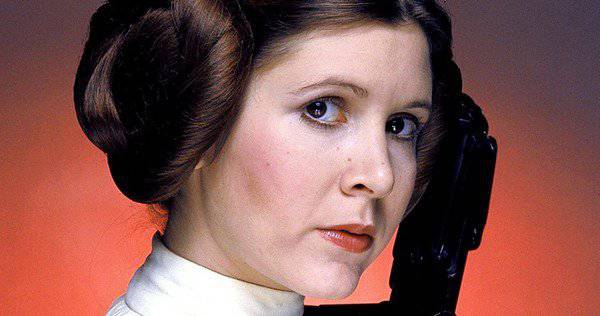 In the wake of Fisher's hospitalization, fans and celebrities have taken to social media to rally behind the actress. Millions of well-wishers have sent their thoughts and prayers towards Fisher and her family. Even Mark Hamill, who plays Luke Skywalker in Star Wars, sent a touching message to his co-star and friend. "As if 2016 couldn't get any worse... sending all our love to [Carrie Fisher]," he posted to Twitter.

All our thoughts continue to be with Fisher and her loved ones during this time.

Carrie Fisher Is In Stable Condition According To Her Brother