MAD producer/writer/voice talent and Robot Chicken contributor Kevin Shinick is set to be inducted into the 501st Legion later this month at Meltdown Comics, according to a statement from his publicist. Shinick, who has also recently written a pair of issues for Avenging Spider-Man, recently won an Annie Award for his work on the Robot Chicken DC Comics Special. He was nominated twice in that category, so in order to win for Robot Chicken, he had to beat himself out for MAD. He also recently began a guest-starring arc in the pilot of David E Kelly's medical drama for TNT, Monday Mornings, along with Spider-Man 2 villain Alfred Molina, Ving Rhames and Battlestar Galactica's Jamie Bamber. His second episode airs February 25th. 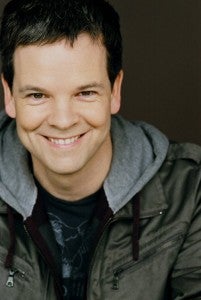 The 501st Legion, whose exploits ComicBook.com has covered in the past, is a nonprofit organization that works with such notable beneficiaries as the Ronald McDonald House, the Special Olympics, Toys for Tots, and the Make-A-Wish Foundation. The 501st Legion's extensive list of Honorary Members includes the likes of Mark Hamill, James Earl Jones, Samuel L. Jackson, Seth Green and George Lucas himself. "In appreciation of your contributions to the Star Wars legacy, Kevin Shinick is welcomed as a honorary friend of 501st Legion fan organization," the organization said. "My happy place was definitely sitting in my room with a pile of comic books or in a darkened movie theatre watching films like Star Wars," Shinick said. The writer will be inducted into the 501st on Wednesday, February 27, at Meltdown Comics at 7:00 p.m. Meltdown Comics is located at 7522 Sunset Blvd Los Angeles, CA 90046,(323) 851-7223. You can see our interview with Shinick, conducted during New York Comic Con, here.

MAD and Robot Chicken's Shinick To Be Inducted into 501st Legion