Update: The trailer for Star Wars: the last Jedi is now out and we more than ever feel like this is the way to go !

The world recently learned that Star Wars: Episode VIII will be titled The Last Jedi. It's an ominous subtitle - one that has kept fans guessing as to the dark events which may occur in the film.

While speculation rages over questions like "Who Is The Last Jedi?" we want to take things a step further: We want Star Wars: The Last Jedi to have real stakes and consequences - and that means the actual eradication of the Jedi Order as we know it.

A lot of fans are going to hear that and immediately (and strongly) disagree, but in effort to make our case, here's Why Destroying The Last Jedi is a Good Idea.

It's a Great Reboot

The biggest criticism being thrown at the Star Wars franchise these days is that there's too much nostalgic indulgence. The Force Awakens gets bashed for being too much of a New Hope clone, and even a "standalone" film like Rogue One has been criticized for having too many fan indulgence moments.

With Star Wars now expanding beyond George Lucas' influence, it's time to truly break some new ground and take new chances. Eliminating the Jedi Order in Episode VIII would rock the foundation of the franchise, and push it into a much-needed new frontier, in which the future would truly be an unwritten surprise.

Questions like "What would replace the Jedi?" tease the mind with possibility; but before we build something fun and new, we have to tear down the old, and that means ending the era of The Jedi.

The Story Demands It

If you take a step back and look at the state of the Star Wars saga, it's clear that the Jedi Order hasn't ever really recovered from its fall at the hands of The Sith. The Star Wars OT saw the Jedi limp back from the edge of extinction, but all that accomplished was Luke Skywalker's attempt to resurrect the Order failing, and Kylo Ren rising from that failure.

It would be good for Star Wars' characters and fans alike if Luke has to learn that he must let go of what was, in order for what will be to truly shape itself. Obi-Wan had to make that type of great leap in A New Hope, now it's time to bring things full circle.

It Brings Back the Wonder of Discovery

One of the greatest (and most unique) pleasures of watching A New Hope as the first movie in the saga is that we, the audience, get to discover mystical elements like The Force, The Jedi, and their entire philosophy and superpowered skill set for the first time.

The wonder of that discovery wisely carried over to Luke's training subplot in Empire Strikes Back, but has ever since been missing from a lot of the Star Wars films. Last Jedi has a chance to bring all that wonder back, offering fans a truly new experience for Episode IX. 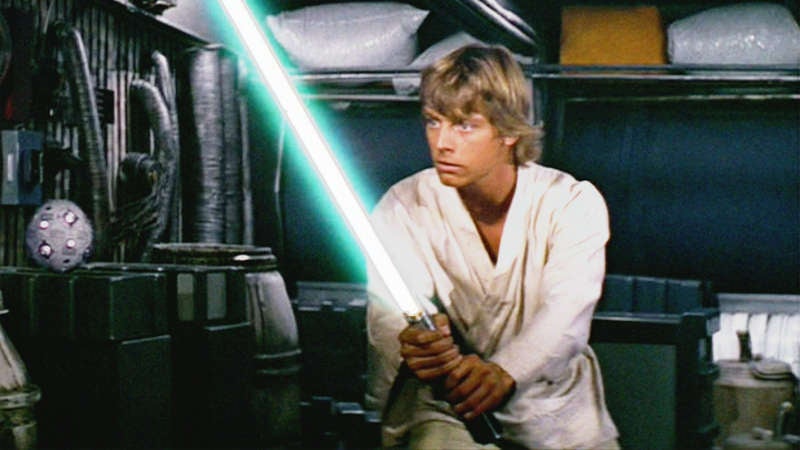 It's The Shock We Need

In these days and times we are living in, maybe it's only appropriate that the good guys are handed a crushing defeat in The Last Jedi. After all, the good guys don't always win and the endings aren't always happy - which is a trilogy tradition that Empire Strikes Back brought into play, and The Last Jedi is expected to honor.

We still don't know the level of power that players like Luke, Snoke, and Kylo are wielding, but it would be a great surprise if, when the lightsabers come out, it ends up being the red sabers winning the fight.

If The Last Jedi ends with Luke falling in battle and young warriors like Rey and Finn being left with little to no hope or training, then that would be a shocking set of bleak circumstances that honor the legacy of Empire.

Star Wars: Why Ending The Jedi Is a Good Idea