Rogue One: A Star Wars Story arrives in theaters delivering the inspirational story of how a small band of Rebels went on the dangerous (fatal?) mission to steal the Death Star plans.

It's no secret in Star Wars lore that said mission required a great deal of sacrifice to give the galaxy a spark of hope that one day ignited into salvation. Rogue One's final marketing push has been none too shy about playing up the theme of noble sacrifice, and finding the courage to fight against dark times of oppression - a theme that has made so many movies enduring symbols.

In honor of Rogue One's call to arms, we picked 5 of the Best 'Rebel Rousing' movies - films to fuel your fires of resistance and struggle.

Revenge of the Nerds

It might not be the first film that comes to mind when you think of the inspiration to "fight the power," but Revenge of the Nerds was definitely an inspiring tale for geeks everywhere, in dark eras before "geek chic" was a thing.

The movie is undeniably dated now, and the world has changed too much for the message to be as effective. Still, there is a simple joy in the fantasy of bullied college nerds turning the tables on their jock oppressors.

The Birth of a Nation

The film is just one of many to cover the brutal and dehumanizing realities of American slavery - but one of the few to offer the real life account of those who didn't just endure slavery, but actively battled against it. If nothing else convinces you: the climatic line in the film is actually "Rebel!" What could be more fitting?

If resistance against oppression is your goal, The Birth of a Nation will get you going. Just don't confuse it with that other film of the same name...

The manliest man-meat movie for men, Zack Snyder's 300 is also one hell of an inspirational tale about facing overwhelming odds and sacrificing for the cause.

Of course, for King Leonidas (Gerard Butler) and his 300 Spartan warriors, battle and death were the true glories of life. They may have been more enthusiastic about facing the infinite hordes of the Persian Empire than most would be, but their crazy courage was as inspiring as their Spartan chant was catchy.

The bloody battle scenes are nothing compared to the swells of inspiration we get from Gibson's Wallace during his epic battlefield speeches. Wallace's final cry of "Freedom!" made even his horrifically brutal death seem like a worthy sacrifice for the cause. That's bone-deep inspiration right there.

How could this not be at the top of the list? It's the film that inspired the noble rebellious spirit in generations of viewers, and is still one of the most iconic heroic revolts in all of cinema.

For all the mystical lore surrounding The Force and The Jedi, Star Wars lives up to its namesake with an edge-of-your-seat climatic space battle, where the chance of winning against overwhelming odds was o so slim - making the victory all the more sweeter when achieved.

A New Hope has earned its retroactively applied subtitle. This film is so damn inspirational, that just one line from its opening scrawl inspired the entire standalone story of Rogue One! 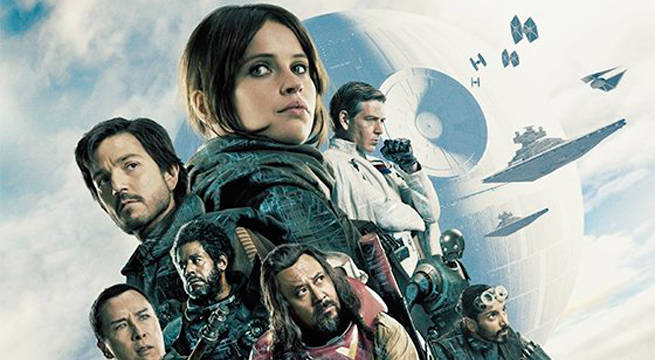