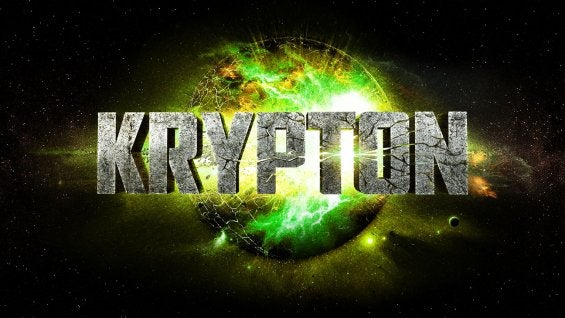 Like Gotham before it and Smallville before that, the idea of David S. Goyer developing an hourlong drama titled Krypton and following Superman's bloodline before he was rocketed to Earth seems on the face of it to be...a little head-scratching.

There's some pretty good stories to be mined from all those years of Kryptonian history, though, and especially from the post-Crisis on Infinite Earths period from where Goyer obviously drew a good deal of influence for Man of Steel.

Here are some of the stories we'd like to see told, retold or repurposed for Krypton.

The birth of The Eradicator 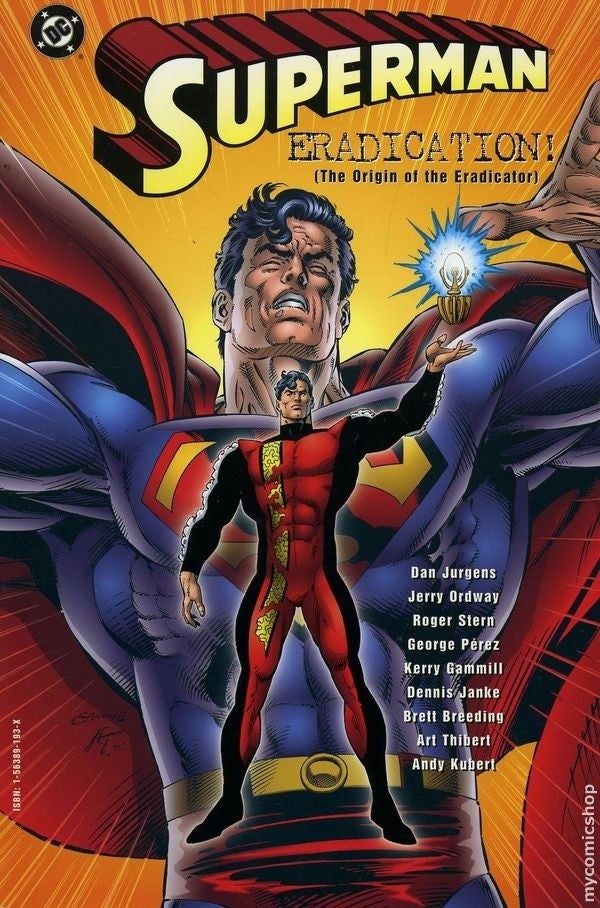 The official synopsis for the series talks about a time when the House of El was "shamed and ostracized," which makes us suspect that The Eradicator may well be a part of the equation.

Originally, the Eradicator was a peaceful device sent around the cosmos by an alien race who wanted to share their culture with the universe. An ancestor of Superman's, Kem-L, found and corrupted one of the devices, using it to preserve his ideal of Kryptonian culture by programming it to eradicate all others.

Predictably, it ultimately became a near-totalitarian device. When a group of Kryptonian explorers left Krypton in search of a new planet to colonize, the Eradicator altered their birthing matrices to make them fatally allergic to lead, creating Daxamites. Later, to keep Kryptonians on-world, the Eradicator alters Kryptonian genetics by encoding in them a genetic defect so that they will die if they leave the planet.

In the Post-Crisis on Infinite Earths DC Universe, it was this defect that prevented more Kryptonians from attempting to flee the exploding planet. Superman was spared because he was still gestating in a birthing matrix, not yet born. Obviously, there are differences between this story and Superman's birth in Man of Steel, but it's wildly unlikely that this will be the same world of Krypton.

While Doomsday himself is a mindless killing machine, his creation is an epic and tragic tale.

In hopes of building the perfect super-soldier, a scientist called Bertron genetically engineers a life form on one of the harshest and most inhospitable planets in the universe. It's killed nearly instantly by the world's elements and savage inhabitants, but Bertron isn't deterred. He retrieves some of the creature's genetic material and repeats the process over and over again, essentially evolving his artificial life form at a super-fast rate by forcing each new model out into the violent, horrible world.

Eventually, of course, the creature evolves into Doomsday -- a being so savage and brutal that it kills everything on the world...including Bertron. 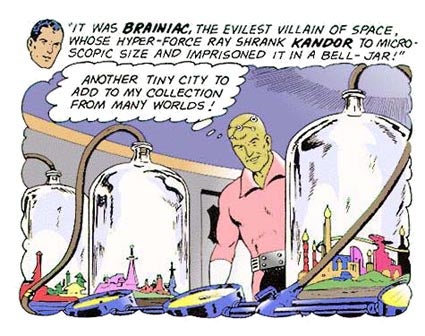 The Bottle city of Kandor

This one might be tough to pull off, since another network altogether is working on a Supergirl pilot, and presumably the Kandor stuff will be their domain.

Still, if there's a way to make it work, it could be a cool story and, of course, introduce Brainiac, a character who is not only massively important to the Superman mythology, but being heavily promoted in the comics right now as the chief antagonist behind The New 52: Futures End and Convergence.

And, from a purely practical point-of-view, this is a huge story in Krypton's history and if there's a show that's set on Krypton, they deserve to be able to tell it.

A war broke out over whether ot not clones should have civil rights, and over time a number of colossal weapons were created in order to try and cow the other side into surrender or retreat. Among them was The Destroyer, a weapon wielded by a group called Black Zero who turned it against the planet's core, leading years later to the destruction of Krypton. Between the Destroyer and the Eradicator, Kryptonian science was responsible for the species' own near-extinction.

In a 1999 Starman storyline, Jack Knight became lost in time and space, ending up on Krypton years before its destruction. He met Jor-El as a young man, and the story suggests that it was this meeting with Knight, the ghost of his father and former Starman Mikaal that led Jor-El to study other worlds and eventually choose Earth as Kal-El's dstination.

They even give Jor-El a device with the coordinates and images of Earth, the same device he's shown using to project those images for his wife in The Man of Steel #1.

Krypton: Five Stories They Could Tell From Superman's Homeworld