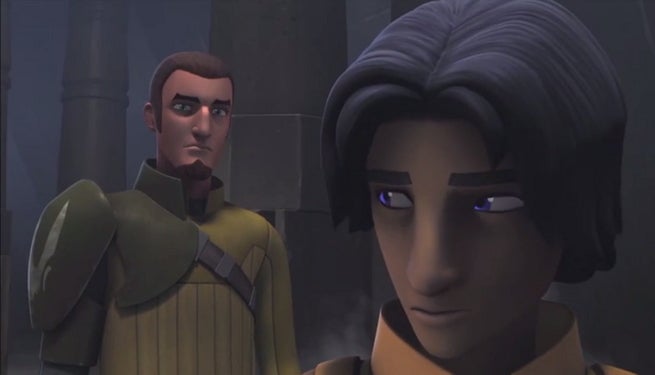 Lucasfilm Animation and Disney XD have released a new clip from an upcoming episode of Star Wars Rebels, titled “Path of the Jedi.”

The clip shows Kanaan taking his padawan, Ezra, to a Jedi Temple on Lothal. Once there, Kanaan sends Ezra to test himself, and apparently Kanaan can’t leave the temple unless Ezra passes.

As Ezra enters the test chamber, Kanaan tells him he’s looking for “nothing and everything.” Kanaan then mutters to himself that his own master told him the same thing. Perhaps we’ll sees these events in more detail in the upcoming Kanaan comic book series, which tells of Kanaan’s earlier days.

See the clip below:

In this clip from the Star Wars Rebels episode “Path of the Jedi,” master and padawan part ways as Ezra ventures off on a voyage of discovery inside the ancient Jedi temple hidden on his home planet of Lothal.

Star Wars Rebels: Nothing And Everything Clip Released