While Meiko remains traumatized by Meicoomon's betrayal, Izzy becomes irritable as he obsessively tries to determine what caused Meicoomon to become infected. Meanwhile, as malfunctions begin to disrupt airlines, Himekawa and Nishijima tell Matt about their investigation but do not disclose that Meicoomon is causing the malfunctions and that other DigiDestined have gone missing. Later, T.K. discovers something amiss with Patamon when he briefly acts violent and bites him. T.K. decides to take his partner home, prompting the other DigiDestined to do the same. T.K. eventually confesses to Meiko that Patamon is infected. Unbeknownst to T.K., Patamon is already aware of this and tearfully asks T.K. to stop him should the worst happen. The next day as Patamon informs the other Digimon about his infection, Kari becomes possessed by Homeostasis, who cryptically warns them that the infected Digimon could potentially destroy both the Real and Digital Worlds unless a great sacrifice is made. Having overheard them, Himekawa concludes that Homeostasis might trigger a "reboot" to reset the Digital World the next time Meicoomon appears, in order to stop the infection. After Gatomon tells the others that this reboot would also cause them to lose all of their memories, the Digimon prepare for the worst and spend precious time with their partners, during which Agumon tells Tai about the reboot. Izzy discovers that the distortions are the result of the binary code being overwritten by a different language and comes up with a plan after Tentomon informs him of the reboot. When Meicoomon appears at the Tokyo International Exhibition Center, the DigiDestined attempt to keep her out of the Real World and trap her in a digital distortion. Meicoomon responds by digivolving into Meicrackmon. Despite T.K.'s attempts to stop him, Patamon digivolves to Angemon and enters the fray but is overcome by his infection which soon spreads to the other Digimon. When the countdown for the reboot begins, Izzy reveals his countermeasure before the clock strikes zero: the partner Digimon must be placed within a field containing their backup data in order to preserve their memories. As Tentomon struggles with helping the others while fighting off his own infection, he digivolves into HerculesKabuterimon, captures Meicrackmon, and snaps the Digimon out of their infections before using all of his strength to push them back into the distortion before the reboot occurs. One week later, Meiko tells T.K. that the infection originated from Meicoomon, who was already infected the moment she met her. Using the power of their Crests, the DigiDestined travel to the rebooted Digital World where they briefly encounter Alphamon fighting Jesmon. They soon reunite with their partner Digimon, who warily befriend them despite having lost their memories. Nearby, Himekawa confronts the Digimon Emperor, who is revealed to be a Gennai-like character in a black outfit. Meicoomon is then seen hiding behind a bush still possessing her memories of Meiko. 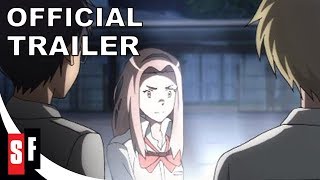