Things are very different for Jessie, Sandor, and Kyle these days, and the jury is out on if those changes are for the better.

We've got an exclusive preview of AfterShock's Animosity #16 from Marguerite Bennett, Rafael De Latorre, and Ornella Savarese, which illustrates how alone our three main leads are at the moment. Sure Jesse is surrounded by people, but it isn't by choice, and while Kyle might have assumed he was making the right decision in his handling of Jesse, that isn't so clear now.

Jesse now finds herself surrounded by those who treat animals as they did before the wake, even more harshly in fact to solidify some need to dominate. Jesse needs to get out, and while Sandor is on the hunt for her, he might not be able to reach her in time. It will be up to her to not only escape but also stop them from doing something unthinkable. 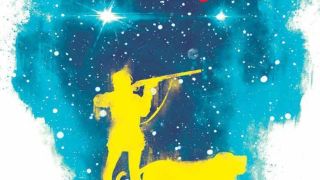 You can read the full interview here.

You can check out the full preview in the gallery, and the official description of the issue can be found below.

"As Sandor prowls the Walled City, Jesse must struggle to free herself from the human supremacists before their hideous plan is complete...

From Marguerite Bennett (INSEXTS, DC Bombshells & Batwoman) and Rafael de Latorre (SUPERZERO) comes the hit series that HAD to be told at AFTERSHOCK!"

Preview: It's The Calm Before The Storm In 'Animosity' #16