FOX has released the first look at Lili Simmons as Catwoman in the series finale of Gotham. The series finale jumps ahead 10 years to show Batman battling the Joker and other villains from his rogues' gallery in the world of Gotham.

Selina Kyle has been played by Camren Bicondova throughout the series, but Bicondova chose to step aside to let another actress play the role as she would appear ten years into the future.

"I have important news to share, and I ask that you continue reading with open minds and understanding hearts," Bicondova said in a statement released on Twitter. "April 18th's episode, 511, was my last appearance as Selina Kyle in Gotham. It's important to me that I'm the one to tell you this because it was a choice that I made, through a lot of thoughts, prayer, and time (which Warner Bros., FOX, and our internal production team respected). I wanted to give (the character) Selina Kyle as much respect as possible. Some will say that giving her respect would include seeing the character through to the end of the show, which I understand. But, I firmly believe that part of leaving a legacy and being part of a legacy means knowing when to pass the torch to someone else. I was blessed to be the vessel for Selina Kyle for her formative teen years, and it only felt right to give someone else the torch for her adult self. The woman who will be playing the older Selina Kyle is the glorious Lili Simmons, who, when I met for the first time, made me cry tears of joy. She is perfect for this role, and she really wanted to do Selina right. We spoke about Selina Kyle for hours; I shared journal entries and scenes that were prime examples of Selina's characteristics, and she shared thoughts of backstory for the 10 years that the audience doesn't see."

The episode will see David Mazouz, who plays young Bruce Wayne on the series, providing the voice and facial captures for Batman, though another actor will be in the Batman suit. 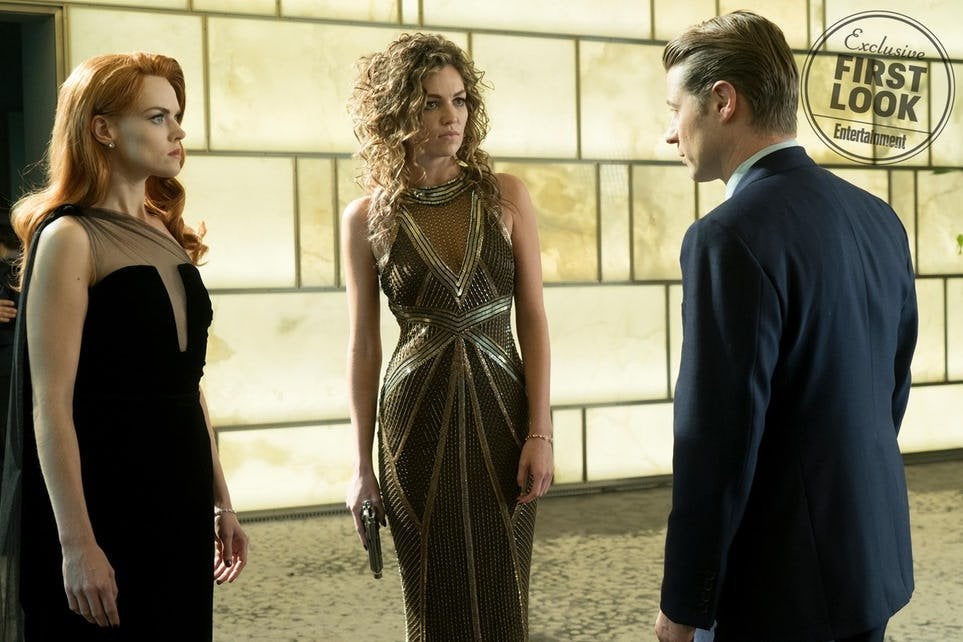 The synopsis for the episode reads, "The series flash-forwards 10 years into the future, as Bruce is set to return to Gotham for the opening of the new Wayne Tower. A series of crimes leads Gordon to believe Penguin and The Riddler are up to their old tricks. However, when Bullock is framed for a murder, Gordon begins to piece together an even more sinister plot targeting the city, and a new figure emerges from the shadows to be the hero Gotham desperately needs in the all-new 'The Beginning…' series finale episode of Gotham."

Are you excited for the Gotham series finale? Let us know in the comments. The finale airs April 25th at 8 p.m. ET on FOX.

Have you subscribed to ComicBook Nation, the official Podcast of ComicBook.com, yet? Check it out by clicking here or listen below.

In this latest episode, we break down the trailers for Dark Phoenix and Child's Play, talk Halo casting, and so much more! Make sure to subscribe now and never miss an episode!