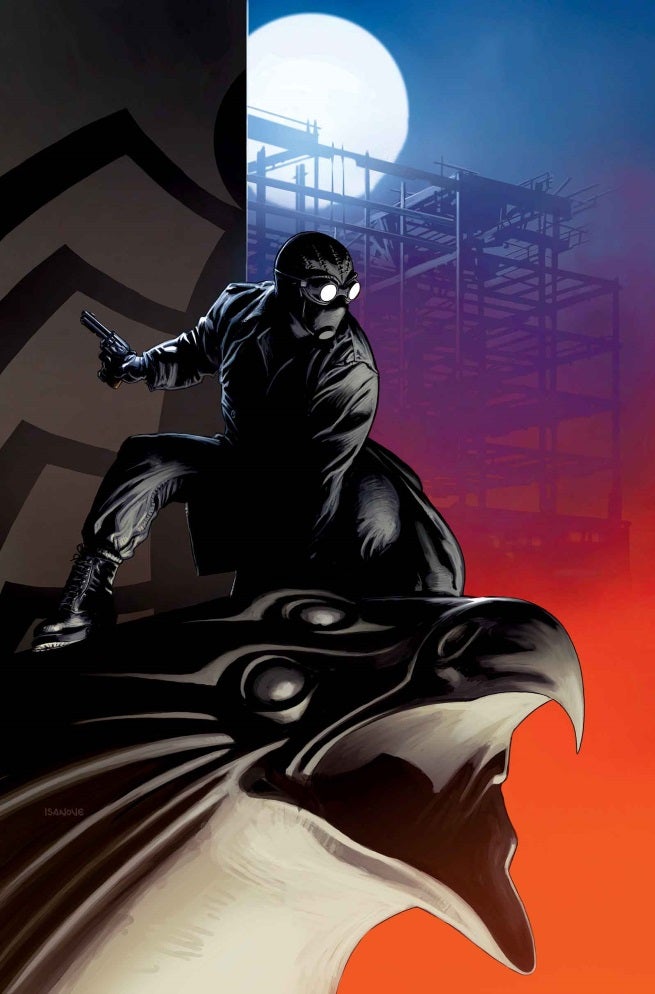 Marvel Comics has released a preview of Edge of Spider-Verse #1, featuring the return of Spider-Man Noir.

The story takes place on the streets of NYC circa 1939, and has that era's Peter Parker running into Mysterio at the New York World's Fair. But Mysterio's threat turns out to be small compared to the growing threat of Spider-Verse.

"[Mysterio is] after Spider-Man's blood – literally," says David Hine, in an interview with Marvel.com. "And if he doesn't get it someone very close to Peter Parker is going to die a very nasty death. Oh yeah, if he manages to survive Mysterio, he'll be up against the greatest threat ever faced by a Spider-Man, along with – what is it? 37 other versions of Spider-Man. Spider-Man Noir will, of course, put them all in the shadow." 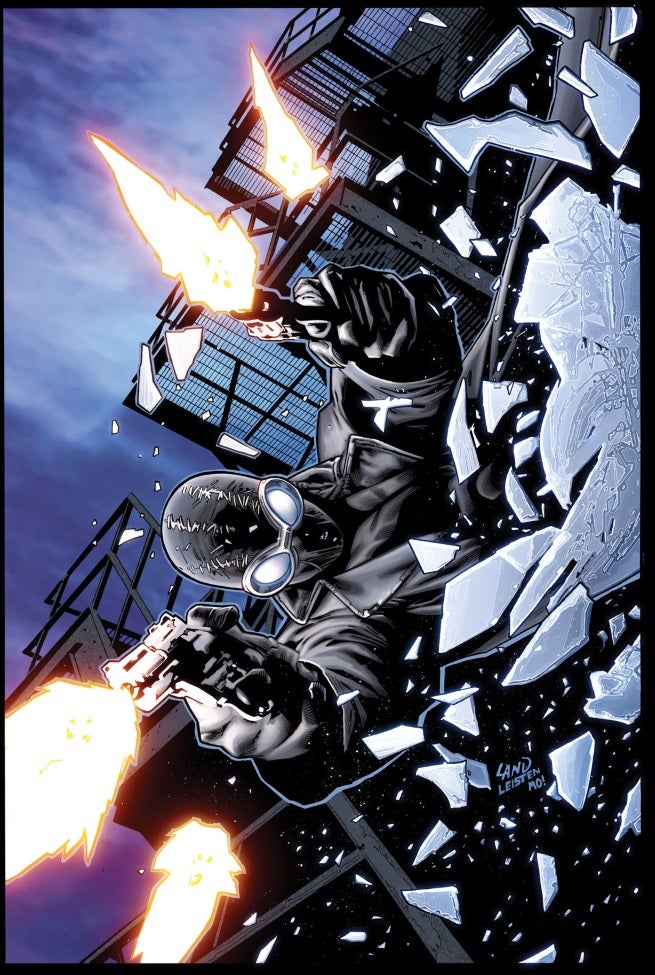 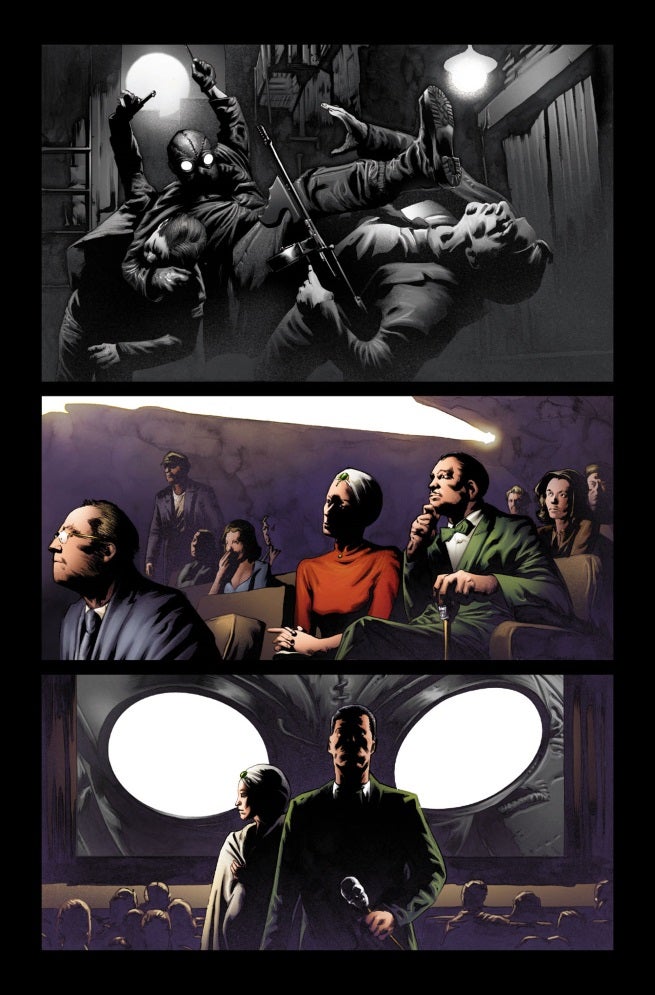 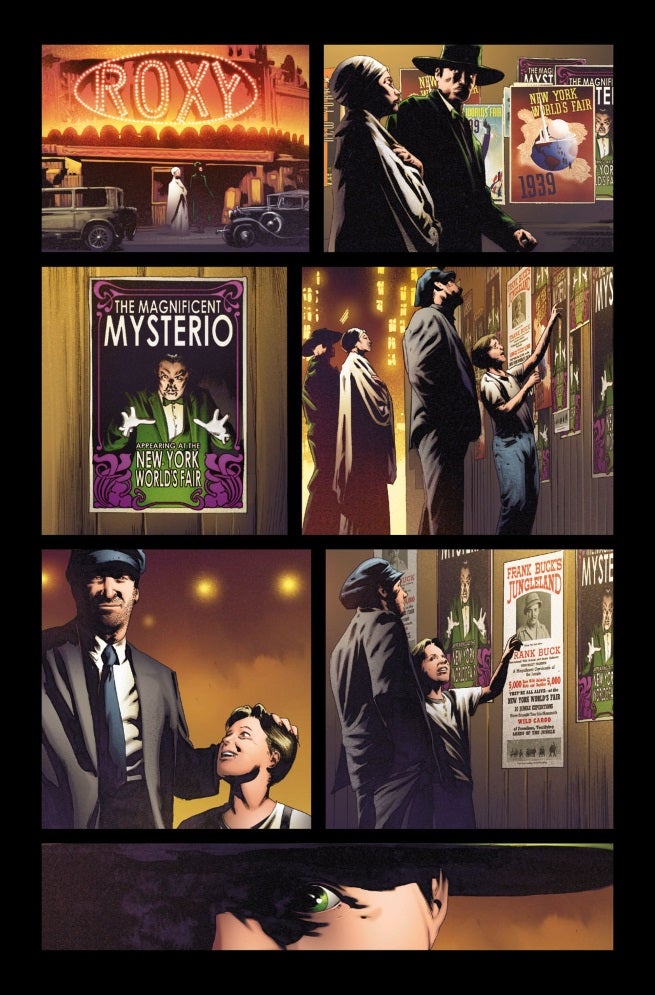 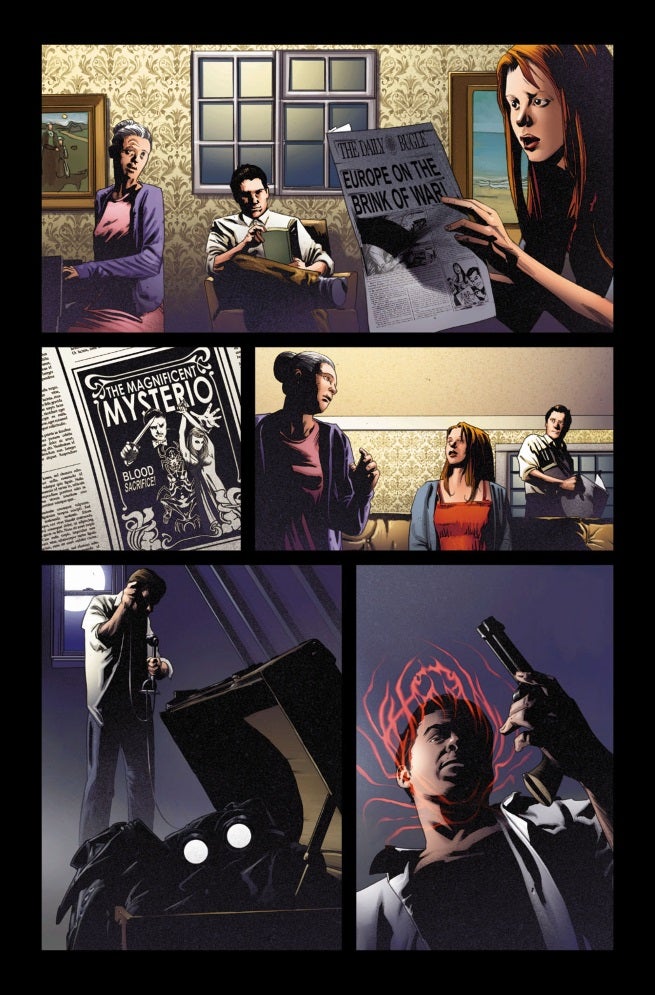 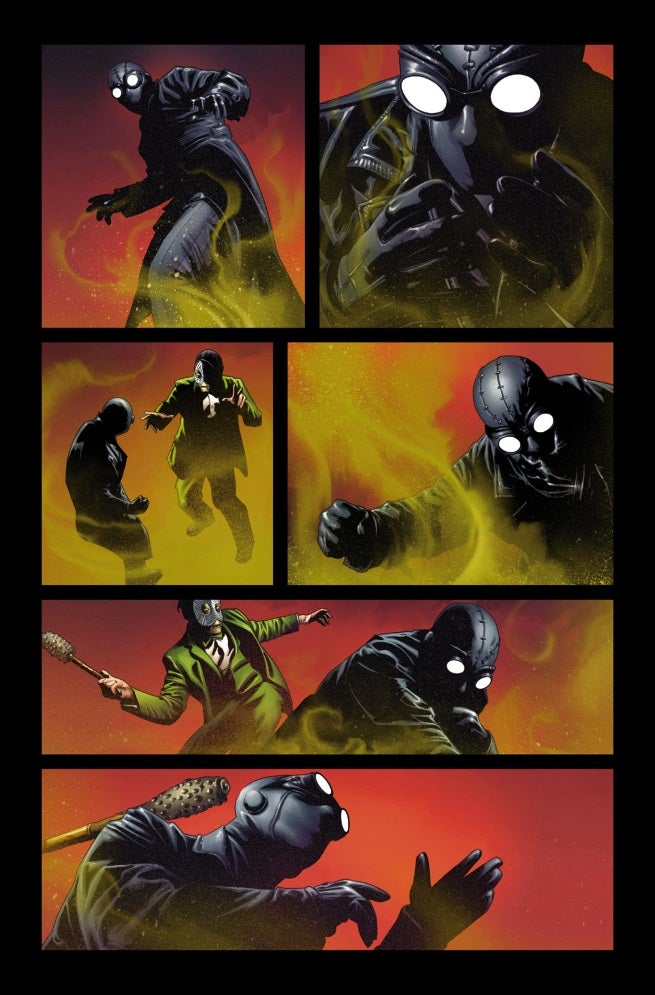