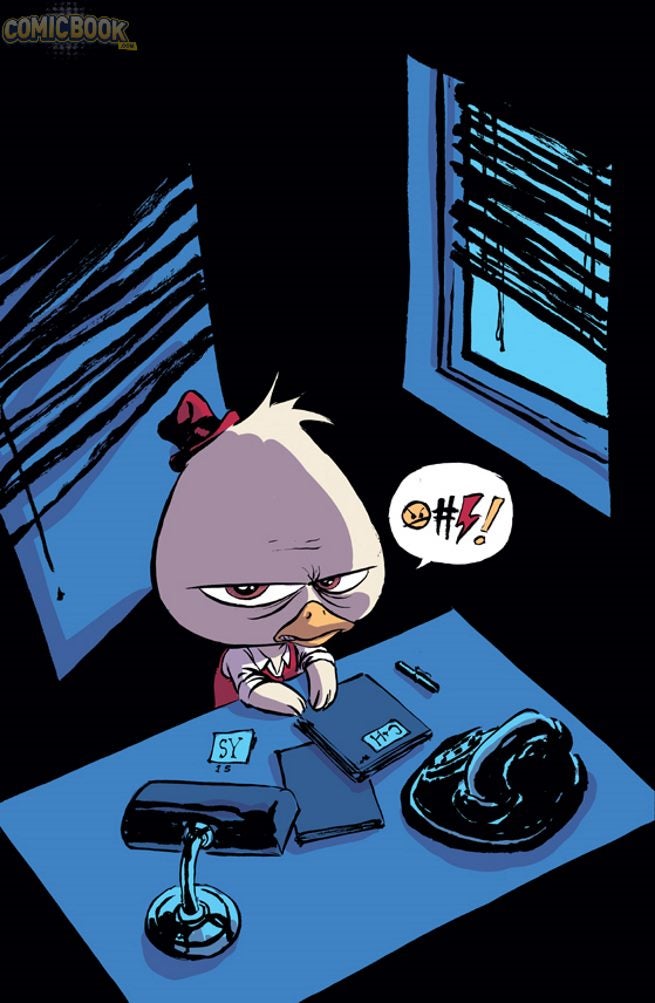 Marvel Comics has provided ComicBook.com with an exclusive first look at Skottie Young's variant cover for Howard the Duck #1. The cover has Howard, drawn in Young's signature style, using some unkind utterances not fit to print.

Howard the Duck #1 will be written by Chip Zdarsky and feature interior art by Joe Quinones. The series sees Howard, hot off his cameo appearance in Guardians of the Galaxy, going back to work as a private investigator on weird cases.