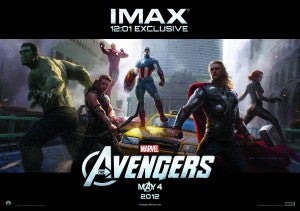 While actor Tom Hiddleston has confirmed that at least some of Thor 2 will begin shooting this summer in London, our source on the set if Iron Man 3 today is telling ComicBook.com that the EUE/Screen Gems facility in North Carolina where Robert Downey, Jr. and company will be spending most of their time making Iron Man 3 is being considered for a number of other Marvel productions, including Captain America 2, Thor 2 and The Avengers 2. Iron Man 3's production is expected to bring almost $100 million into the local economy in Wilmington, NC, and the state's governor had been actively involved with developing the relationship with Marvel. A major announcement soon couldn't hurt the state's economy, which is currently the subject of a lot of criticism and some "tourism boycotts" after their recent decision to ban gay marriage. Marvel has had some PR problems of their own stemming from announcements that they'll partner with a studio partially-owned by the Chinese government for some shooting in China on Iron Man 3. As we reported last year when the announcement was made on Iron Man 3, massive tax incentives for studios who make these kinds of films have become the norm; according to the News & Observer story, Marvel Studios will receive a $20 million incentive package from the state for filming there. Most previous Marvel films had been filmed primarily at Marvel's own studios in Manhattan Beach, CA. There is no indication that studio is in any danger of closing as a result of Marvel electing to shoot elsewhere.

Avengers 2, Other Marvel Sequels May Shoot in North Carolina