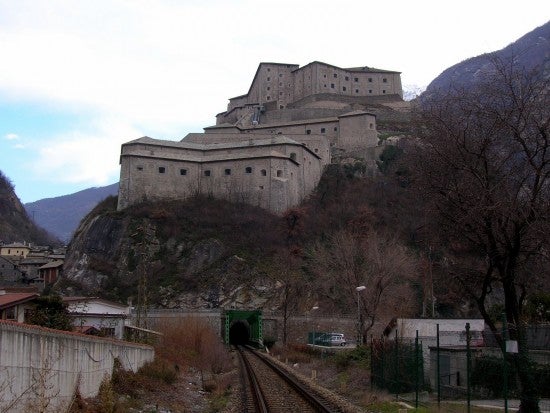 will film partially at Bard Fortress in Italy, according to Bad Taste (citing "numerous sources"). It's not clear whether the film will feature Italian actors and have part of the story set there, or whether the location will be dressed for another purpose (such as an alien set), but the local press did get an official acknowledgment from local authorities: (ANSA) - Aosta , JANUARY 24 - will Fort Bard and Aosta Valley to act as a ' set' of many scenes in the fantasy blockbuster Marvel's ' The Avengers : Age of Ultron ' , sequel to ' The Avengers ' produced by Marvel Studios and Disney Wald [ SIC ] in 2012. It ' was announced today by the President of the Region of Valle d' Aosta , Augusto Rollandin . There could be any number of reasons for "many scenes" to be set there, but an obvious one is finding a fortified, but analog, setting from which to battle a digital foe.

Avengers: Age of Ultron To Film in Italy