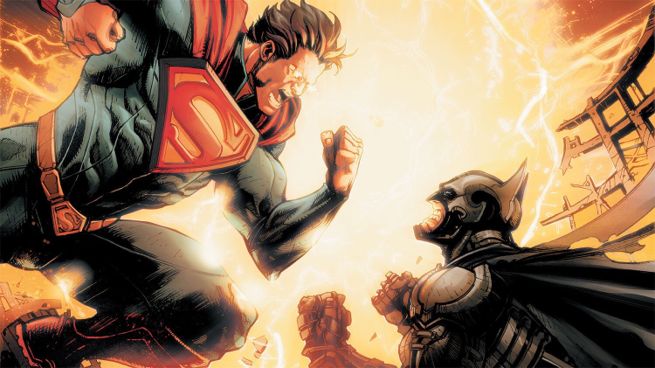 Tonight, there is an IMAX event where the trailer for Batman V. Superman: Dawn of Justice will be shown. Based on event details, we know that the event will run about 15 minutes and will include a showing of the already released trailer with some additional footage. We also know the event will include a message from director Zack Snyder. According to an anonymous source, here's what will happen at the event.

"The event starts off with Zack Snyder thanking fans and telling them not to record the trailer about to be shown. Then the trailer plays and is pretty much the same exact trailer until the end. The IMAX display does the trailer wonders, making it an experience YouTube could never deliver.

The end is where the added footage is seen, after the logo at the very end. The scene starts with a close up of Superman running, then running through something before we get a wide view and you see Batman, charging towards Superman in his armor suit. Batman is charging with his arms out and Superman with a huge fist like in the comics. Just as they are about to clash it cuts and then the Batman V. Superman title comes out.

The scene lasts for a good 5-6 seconds and it's over. Then Snyder is back, this time telling us to pay attention to the beautiful IMAX shots 'Do you bleed' and charging scenes. Snyder goes on to tell fans that the charging scene is an IMAX exclusive and will NOT be released publicly."