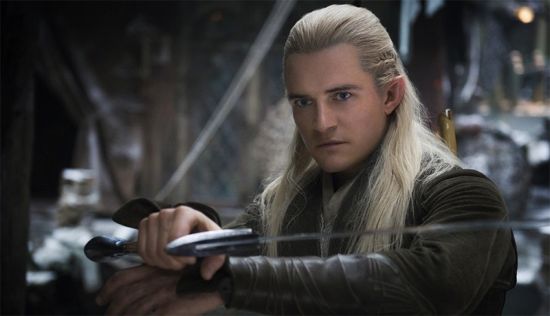 The Hobbit: The Desolation Of Smaug has just won its third consecutive weekend at the U.S. box office, narrowly finishing above Frozen. Over the December 27th through December 29th weekend, The Hobbit sequel brought in $29.85 million at the domestic box office. Amazingly, this total was down only 5% from last weekend's $31.5 million, which seems to indicate that the film is generating good word-of-mouth from audiences. The even more impressive story at the box office though might be Frozen. Even though Frozen took second place to The Hobbit sequel, the film continues to run very strong in its fifth weekend of wide release. Frozen took in an estimated $28.84 million over the weekend. Frozen actually jumped up more than $9 million over the previous weekend total of $19.6 million. Anchorman 2: The Legend Continues took third place with $20.15 million, American Hustle took fourth place with $19.55 million, and The Wolf of Wall Street rounded out the top five with $18.51 million. In sixth place, Savings Mr. Banks was another film that saw a big jump over the previous weekend. Saving Mr. Banks took in $14.02 million over the weekend, which was a 50% increase over last weekend.