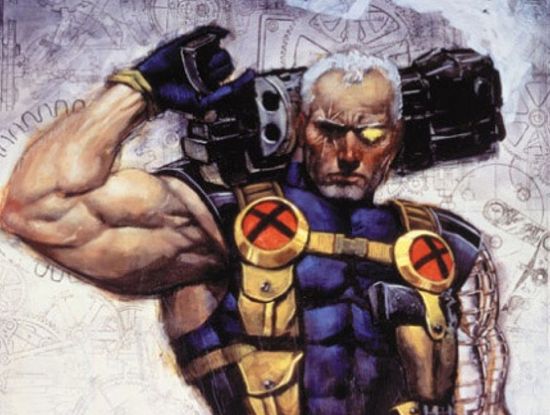 Ever since news broke that Jeff Wadlow was working on a X-Force movie script for 20th Century Fox, fans have been looking forward to the possible big screen debut of Cable. However, it's possible that Cable might wind up premiering in another movie before X-Force. In a recent podcast interview with Empire Magazine, X-Men: Days of Future Past writer Simon Kinberg revealed that he and original director Matthew Vaughn had considered introducing Cable to the X-Men film universe. In talking about the reason that Wolverine was chosen as the mutant to travel back in time, Kinberg said, "Wolverine seems like the immediate, reflex, sort of obvious person to choose, but it wasn't for us, maybe because we're not that smart, but Matthew Vaughn and I, who was the director at the time and with whom I developed the screenplay initially, we explored the notion of Bishop being sent back, Cable being sent back, a new character being sent back, who we could cast old and then sort of cast in the prominent part of his life as a new young actor." "Somewhere in that process we just looked at each and I really don't remember when it was to be honest, and just said, 'We have a character who doesn't age and happens to be the most popular character in the movie franchise,' and as Hugh Jackman almost literally hasn't aged, it then became Wolverine who we sent back in time," added Kinberg. So since Cable was considered for X-Men: Days of Future Past, could he actually be introduced in X-Men: Apocalypse? X-Men: Apocalypse is scheduled to be released in movie theaters on May 27, 2016.

Cable Was Considered For X-Men: Days Of Future Past