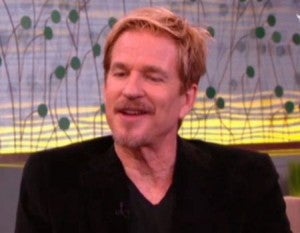 In his letter thanking his fans for The Avengers opening weekend box office, Joss Whedon downplayed the competition between The Avengers and The Dark Knight Rises. Whedon even offered up praise for Christopher Nolan calling him one of the inventors of the "true superhero flick." But one of the actors from The Dark Knight Rises isn't quite so diplomatic when talking about The Avengers. In an interview with VH1, Matthew Modine, who plays Foley in The Dark Knight Rises, talked some smack about The Avengers. Modine said, "I think that this is probably going to be the best of the Dark Knight series without question. I know that The Avengers is doing very well right now, making lots of money. Batman, The Dark Knight Rises is going to kick its' butt." But that wasn't all that Matthew Modine had to say. He's also been heating things up on twitter, calling The Avengers a "cartoon fantasy-nice kid flick" and suggesting that Batman would defecate on Iron Man. Here are some of Modine's quotes from Twitter. Modine: "And if we're talking actor - mano a mano - sorry downey - bale destroys you in less than one round." Modine:  "me too-not interested in avengers. #batman ala Nolan is dark and human. relatable. avengers is cartoon fantasy-nice kid flick" Modine: #DKR's has annie hathaway. her get-up, piping-hot @ she's got high kicks and a bad ass motorbike. what's scarlett got?" Modine: "it would take 6 #Marvel characters to beat one #DC character" Modine: "batman would tear off ironman's head and s**t down his neck. well, actually B. Wayne wouldn't, because he's got real class."

Spider-Man: JK Simmons Reveals Hilarious Story of How He Learned He'd Been Cast