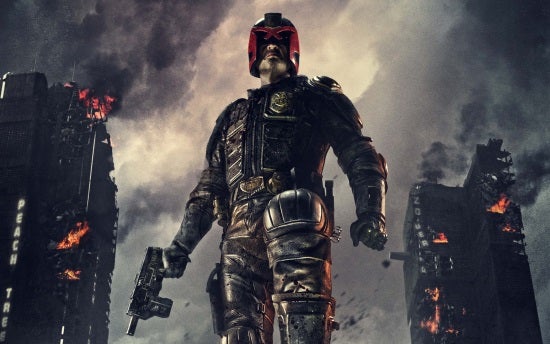 , the fan-favorite, low-grossing comic book adaptation whose petition for a sequel recently passed 100,000 signatures, has won Amazon.com's March Movie Madness competition, beating out a number of major franchise films and critical favorites to be named 2014's champion and the favorite film of the site's Facebook users. "Congratulations, Dredd Fans," Amazon posted earlier today. "Your massive support has made Dredd the champion of our March (Movie) Madness tournament! You conquered Pulp Fiction, The Godfather, Indiana Jones, and The Lord of the Rings Trilogy on your way to the crown. We think the support has been unbelievable, so let's keep it going. Like this post and comment below if you think we need a Dredd sequel!" They're doing a separate bracket for television. You can view the movie bracket, which Dredd won, here and check back with Amazon's Facebook page on Wednesday for our #HumpDayGiveaway where they will be giving away one free copy of Dredd. The film is available for free streaming on Netflix and Amazon Prime to subscribers of those services.