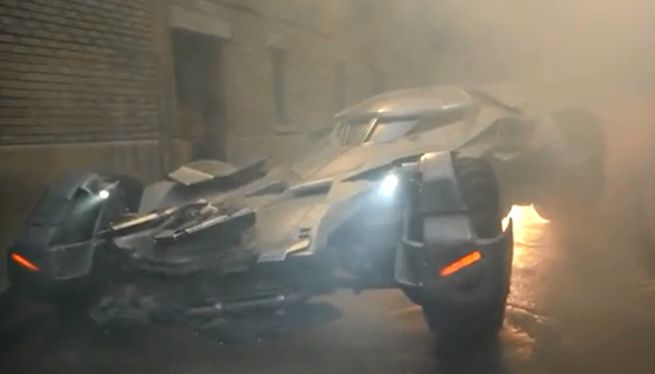 The Los Angeles Clippers' DeAndrea Jordan, said to be the biggest Batman fan in the NBA, has had the distinct please of debuting the Batmobile from Batman v. Superman: Dawn of Justice.

The Batmobile has gone through many iterations on screen, from the Batman '66 TV series, to Tim Burton's Batman Batmobile the inspired the look of the vehicle in Batman: The Animated Series, to the more ostentatious Batmobiles of the Joel Shumacher films. Christopher Nolan's "tumbler" Batmobile had a distinctly more militaristic look, which seems to be shared by the Batman v. Superman version.