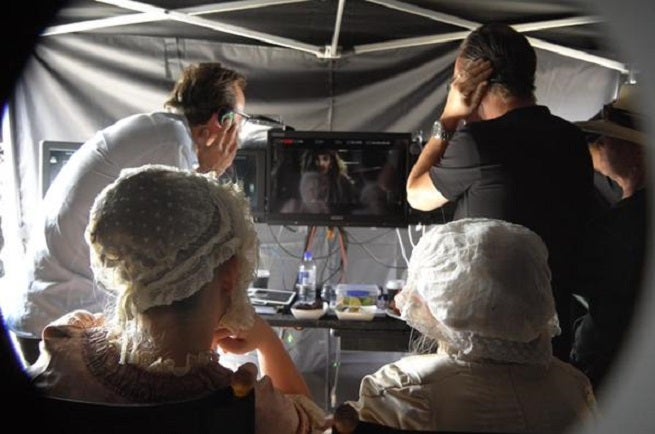 Producer Jerry Bruckheimer has released the first official behind-the-scenes photo from the set of the new Pirates of the Caribbean movie, Dead Men Tell No Tales, featuring a (very tiny) look at Johnny Depp as Captain Jack Sparrow on the monitor in what appears to be a tent where the filmmakers and some extras are watching footage.

Few details are available about the movie as yet; it's shooting in Australia, and has frustrated some animal activists by importing non-native monkeys to make the movie.

That pretty much confirms that Barbosa will return, we suppose...!

We just started filming a new #PiratesoftheCaribbean in Australia. Captain Jack is back. pic.twitter.com/X5tKOj7r7z

Pirates of the Caribbean: Dead Men Tell No Tales will be in theaters on July 7, 2017.

First Pirates Of The Caribbean 5 Behind The Scenes Photo Released