In order to break-even, with a $144 million production budget and a big marketing spend, Paul Feig's female-driven Ghostbusters reboot/remake needed to gross $300 million; however, since being released on July 9, the film has only earned $208.4 million at the global box office, so far. With time running out on its theatrical run, it's looking like Sony Pictures will have to eat $70 million-plus and say goodbye to any possibilities of a sequel.

To avoid wallowing in its disappointment, let's take a look at this cool visual effects breakdown for the film that was recently released by Iloura. It showcases how many of the ghosts were created with a blend of CGI and practical effects.

As for the concept art, which was illustrated by Kyle Brown, it features designs for a couple of the Times Square Ghosts. Brown wrote, "The idea was that Ghosts from all of New York's history populate Time Square for the final act." The first ghost was inspired by Bowery Boys leader, William Poole (a.k.a. Bill the Butcher); however, you probably identify him as Daniel Day-Lewis's William "Bill the Butcher" Cutting, the character that was based on Poole in Martin Scorsese's 2002 film Gangs of New York. As for the second ghost, it is of a New York flasher exposing himself. Brown tried several variations, but director Paul Feig went with a less risqué version. Brown shared, "The Flasher does show up for a split second, sans some more questionable features." 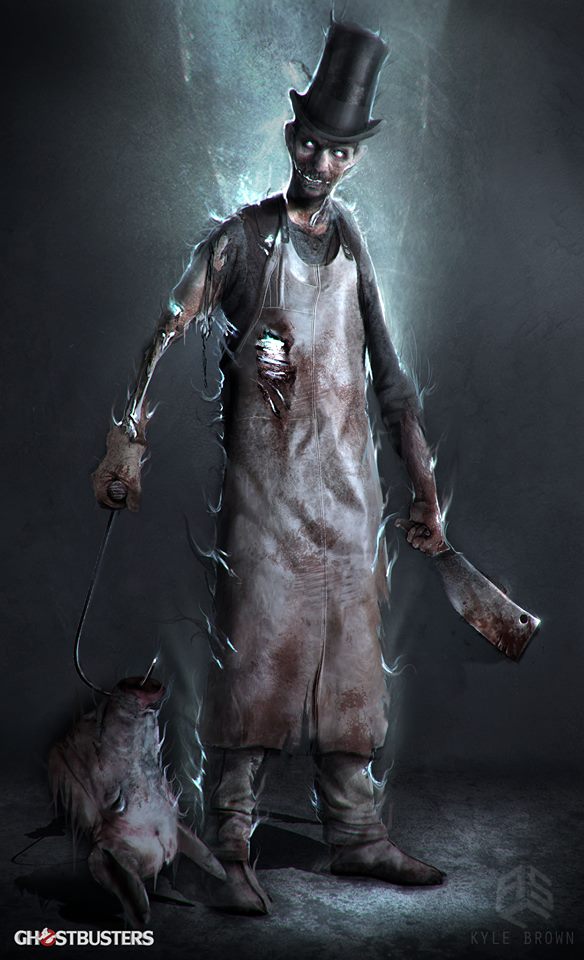 Ghostbusters makes its long-awaited return, rebooted with a cast of hilarious new characters. Thirty years after the beloved original franchise took the world by storm, director Paul Feig brings his fresh take to the supernatural comedy, joined by some of the funniest actors working today – Melissa McCarthy, Kristen Wiig, Kate McKinnon, Leslie Jones, and Chris Hemsworth. This summer, they're here to save the world!