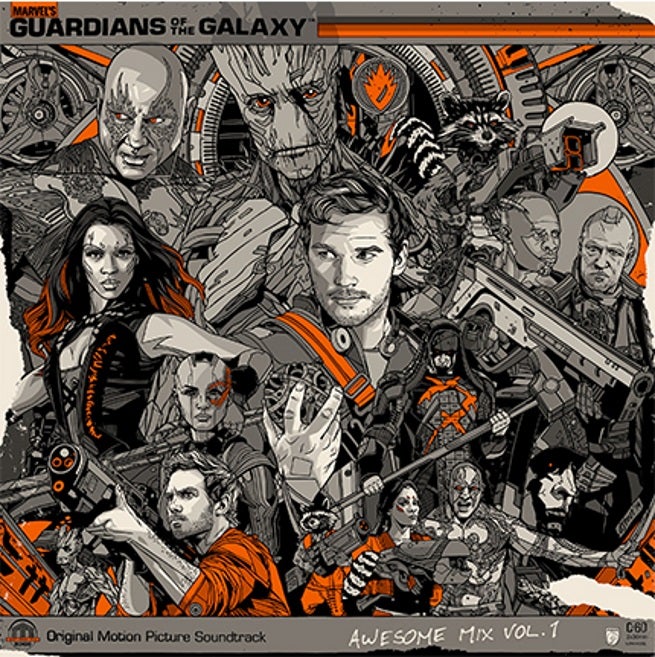 Mondo, under license from Marvel Music and Hollywood Records, is releasing the soundtrack to Guardians of the Galaxy on vinyl. Pre-orders begin today and will be available for sale on MondoTees.com

The vinyl release features cover art from Tyler Stout, and collage of the heroes and villains of Marvel Studios' popular film.

Printed by D&L Screenprinting, each jacket will have the look and feel of a Tyler Stout screen-printed poster. Each record also comes with one of nine randomly inserted screen-printed handbills featuring various characters from the film. 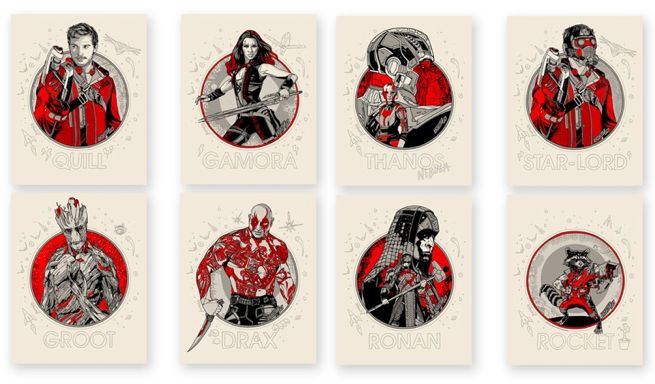 The records are expected to ship in early 2015.