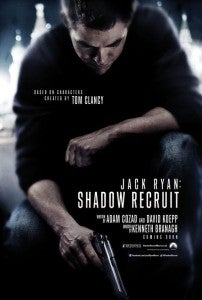 A full-length, theatrical trailer for the forthcoming Tom Clancy adaptation Jack Ryan: Shadow Recruit has been made available online by Paramount Pictures and Yahoo! Movies. You can see the trailer below. Starring Chris Pine, Kevin Costner and Keira Knightley, the story is a prequel set before the existing Jack Ryan films, which starred Alec Baldwin, Harrison Ford and Ben Affleck at various times in Ryan's career. Thor's Kenneth Branagh directs.