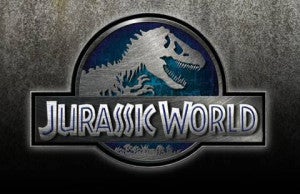 A month before Superman and Batman team up for the first time on the big screen and a month after the presumed release date of Star Wars Episode VII, Jurassic World will come to theaters in 3-D. The new film, directed by Colin Trevorrow, is expected in theaters on Friday, June 12, 2015, Universal Pictures announced tonight. "Jurassic World" is an interesting name with a few possibilities. The perhaps-obvious one is that the dinosaurs have escaped the confines of their island wonderland and gotten into the world at large. Perhaps the more realistic possibility, though, is that "Jurassic World" could be the name of the park once it's open to the public, which persistent rumors have pegged as the story's likely direction. Trevorrow recently tweeted a photograph from the the original island of Isla Nublar, suggesting that the story would return to the original location from the first movie. Filmmakers have also promised new and previously-unseen dinosaurs to appear in this film, which some are calling a reboot and others are calling a sequel. Until there's an official synopsis, it likely won't be clear which of those terms is better suited to the movie. This news comes just four months after the film, which was originally slated to open in 2014, was delayed "indefinitely." At the time, it seemed as though the project may be back in limbo, where it had been stuck for years before Trevorrow was hired. Instead, they turned around pretty quickly and began teasing the sequel again, with Trevorrow even doing some recent interviews discussing big-picture plans for the franchise. The director, whose most notable previous credit was Safety Not Guaranteed, was singled out by George Lucas as a promising new filmmaker and reportedly took a meeting about Star Wars himself. He was also scheduled to direct a remake of the '80s Disney movie Flight of the Navigator. He and his Jurassic World collaborator Derek Connolly reportedly began work on that script in November of last year.