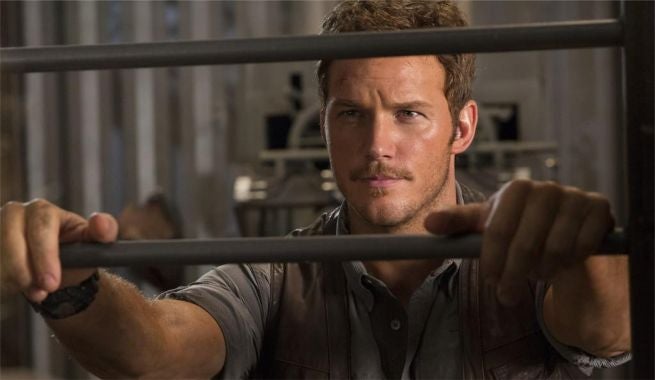 Jurassic World director Colin Trevorrow gave a little shout out to one of the stars of his upcoming film, who just happens to have another big movie opening in theaters tonight.

Trevorrow tweeted the new photo of Chris Pratt in Jurassic World above, along with the text, "See you next summer, Star-Lord. #GOTG." It was a nice way to acknowledge Pratt's current movie, while also building some excitement for Jurassic World.

Jurassic World is scheduled to open in movie theaters on June 12, 2015.