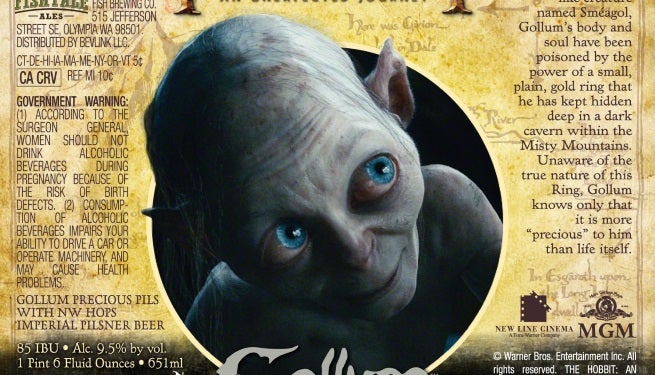 The Fish Brewing company is getting read to release a new line of beers inspired by Peter Jackson's film adaptations of J.R.R. Tolkien's The Hobbit (via New School Beer).

The beers follow in the footsteps of Ommegang Brewing's line of beers based on that other huge pop culture fantasy franchise, Game of Thrones.

The Hobbit beers feature nicely designed lables that explain their backstory and channel to look and feel and Jackson's Middle-earth.

Check out the labels and beer descriptions below. The three beers will be availabel in Oregon by the end of August: 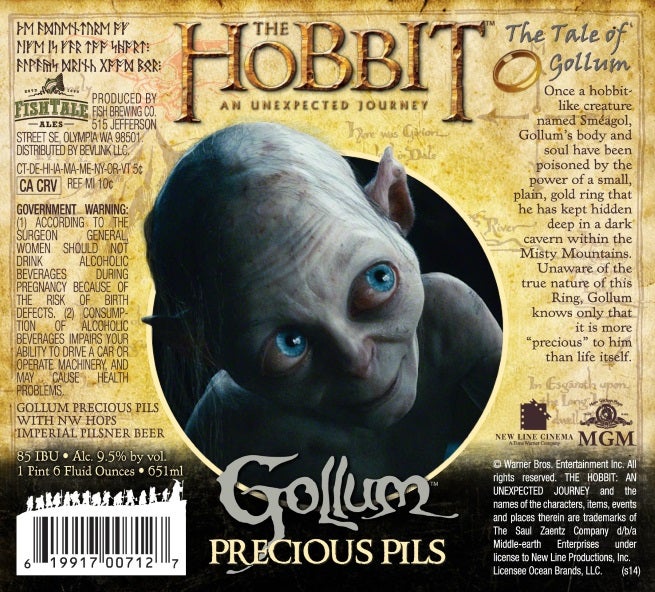 Gollum's Precious Pils
9.5% Abv
A strong Imperial Pils, as tough and determined as Gollum himself. Like the ring that Gollum pursued for the rest of his life, his "precious" pils, if your quest leads you to it, could extend your life, too! (At least we'd like to think so.) It will, at a minimum, make your journey a little more enjoyable! 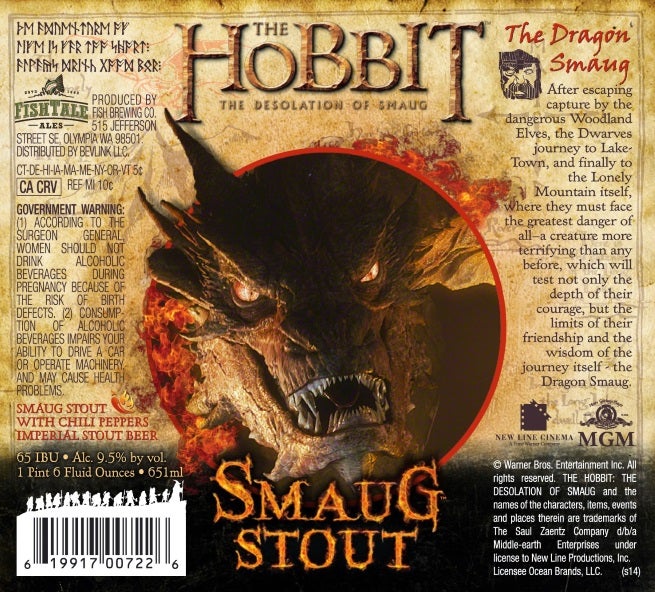 Smaug Stout
9.5% Abv
Smaug Stout is styled after a classic Russian Imperial Stout, but with a subtle dose of habanero chilis to remind you of the fire and danger awaiting you on your journey to the Lonely Mountain. Pronounced notes of coffee and chocolate balanced with Northwest hops and a touch of heat, produce an exceptional Imperial Stout, a worthy reward for your hard-fought journey. 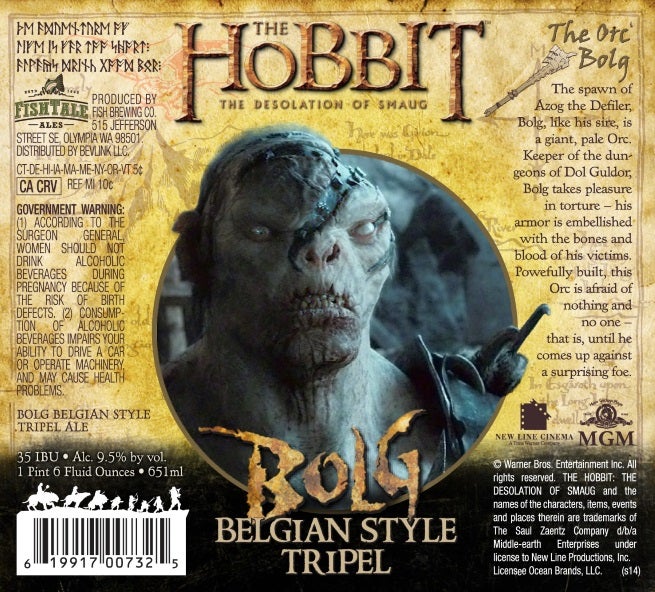 Bolg's Belgian Style Tripel
8% Abv
An Orc Chieftan who ruled for 150 years, Bolg would drink his grog of choice and no one would tell him otherwise---a flavorful strong Belgium Tripel. Some said it refined an otherwise gruesome character. We don't know for sure, but we think this smooth Tripel is sure to please wherever your hunt takes you.