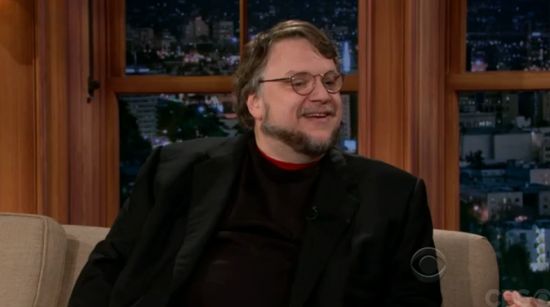 While appearing on The Late Late Show with Craig Ferguson to promote his new movie Mama, Guillermo del Toro also talked Hellboy 3 and provided some details on Pacific Rim. It should come as no surprise that Pacific Rim will feature some massive destruction, but Guillermo del Toro also revealed a spoiler about how many cities are affected. Guillermo del Toro said, "Right now, Ron Perlman is in the last movie I did, which comes out July 13, 2013 this year, Pacific Rim, which is a gigantic movie about massive robots, two hundred and fifty feet tall, battling two hundred and fifty feet tall monsters." Guillermo del Toro added, "We have huge battles, Legendary & Warner Bros. production, the biggest movie that I have ever made. And we basically destroy about three cities in the movie, completely totaled."