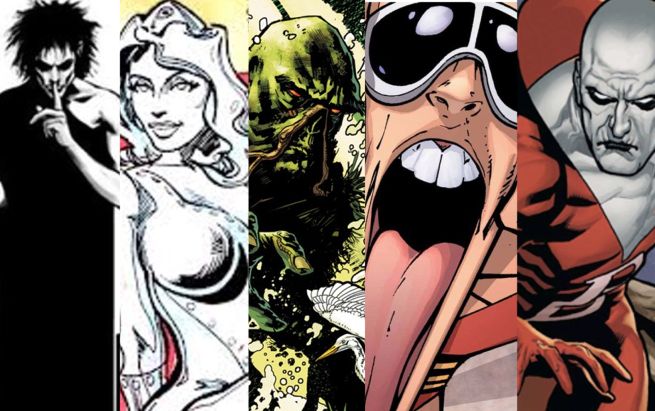 Given that so many have reported that these old domain names suggest these four movies are about to be announced, Comicbook.com decided to do a little research on what other DC Comics movie related domain names Warner Bros. might own.

According to our research, Warner Bros. also owns MetalMenMovie.com, SandmanMovie.com, SwampThingMovie.com, PlasticManMovie.com, and DeadmanMovie.com. There are probably a bunch of other ones that they own as well, but those are the ones we found with just a little checking.

However, based on the same logic being applied to the other old domain names, it looks like Warner Bros. is getting ready to announce a Metal Men movie, a Sandman movie, a Swamp Thing movie, a Plastic Man movie, and a Deadman movie.

Heck, we wonder who is playing Deadman. Let the speculation begin.