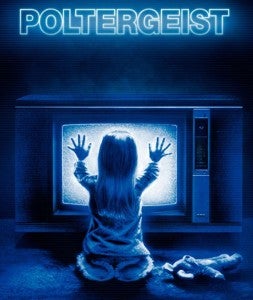 MGM and Fox 2000 Pictures, a division of Twentieth Century Fox, have just announced that they will be co-financing and distributing a remake of the film Poltergeist. Gil Kenan of Monster House fame is set to direct from a screenplay by Pulitzer Prize-winning writer, David Lindsay-Abaire of Oz: The Great and Powerful fame. Poltergeist will be marketed and distributed worldwide by Twentieth Century Fox, with select international territories as well as international television distribution being handled by MGM. Fox will also handle home entertainment and domestic television. The Poltergeist remake is a revisionist take on the classic horror film, a family struggling to make ends meet relocates to an outdated suburban home and is confronted by an angry spirit who kidnaps their youngest daughter and challenges them to band together to rescue her from the clutches of evil. Poltergeist is scheduled to begin production this Fall. The film is being produced by Sam Raimi (Evil Dead) and Rob Tapert (The Posession) via Ghost House Pictures, along with Roy Lee (The Strangers). Nathan Kahane (The Grudge) will serve as executive producer.

Poltergeist Remake To Begin Production In The Fall