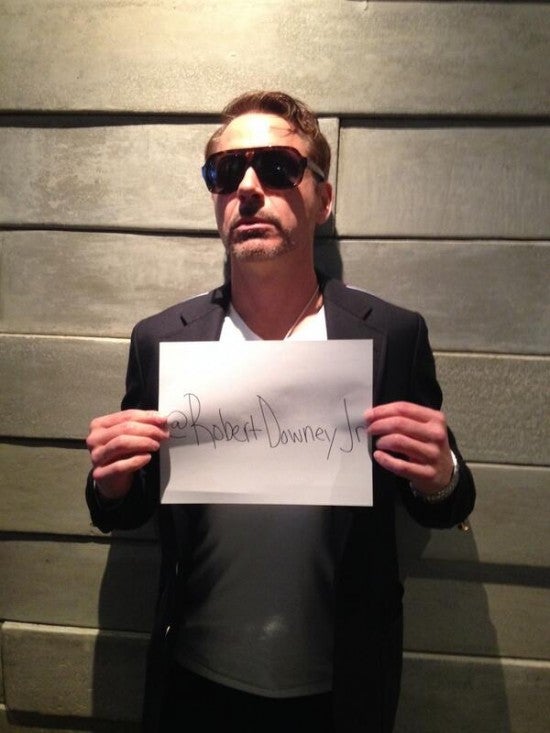 and The Avengers star Robert Downey, Jr. has attracted 1.02 million Twitter followers as of this writing, less than 24 hours after joining the social network. It appears to be a new record for the site; the previous record-holder for the fastest to one million Twitter followers was Charlie Sheen, who managed the feat in 25 hours and 17 minutes back in 2011 amid his public meltdown and dismissal from Two and a Half Men. Full disclosure: This is the kind of record that seems like it must have been broken again since then, but if so we can find no record of it. That's more than 150,000 followers per tweet for Downey, who so far has tweeted only six times. His most recent, less than 15 minutes ago as of this writing, seemingly confirming that the motivation for joining was to give a publicity bump to Chef, the new film he's doing with Iron Man director Jon Favreau.

Please be gentle...it's my first time. Testament to my trust in that guy who directed @ChefTheFilm. — Robert Downey Jr (@RobertDowneyJr) April 12, 2014

Robert Downey, Jr. Gets 1 Million Twitter Followers In Less Than 24 Hours, Seemingly The Fastest To Do So

Thor: Love and Thunder Reviews Round-Up: What Are The Critics Saying?