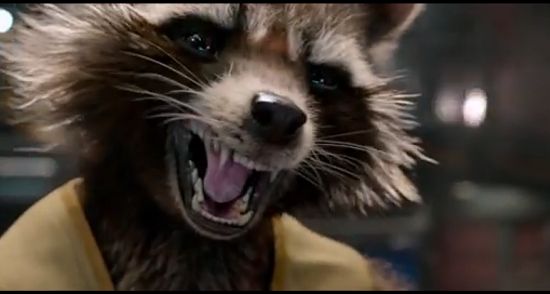 Some movies are just so big that they require not one but two separate teasers for their trailers. As Guardians of the Galaxy director James Gunn tweeted earlier today, "You might consider a 2ND teaser for our trailer overkill. But overkill is what Guardians of the Galaxy is all about." While some of the footage in the second teaser has been released previously, there is some brand new footage. Most notable a new scene where Rocket Raccoon speaks. What does a gun-toting talking raccoon say? "Oh, yeah!" In Guardians of the Galaxy, in the far reaches of space, an American pilot named Peter Quill finds himself the object of a manhunt after stealing an orb coveted by the villainous Ronan. Guardians of the Galaxy is scheduled to be released in movie theaters on August 1, 2014.