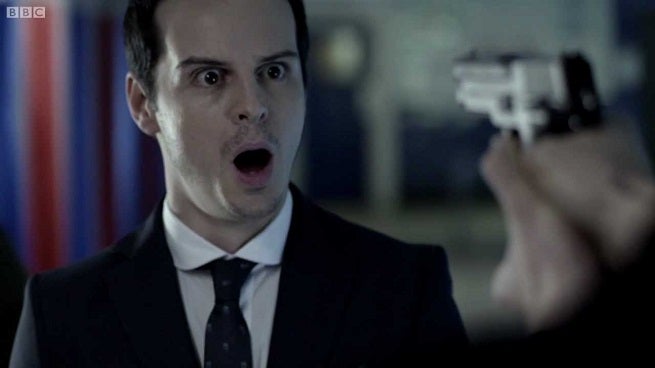 The upcoming James Bond film, colloquially known as Bond 24 and expected to debut its title and cast officially soon, will include Sherlock star Andrew Scott as a villain, The Daily Mirror claims.

Scott, who plays Professor James Moriarty on Sherlock, will square off against Daniel Craig, who will reprise his role as James Bond in the film, which is expected to go into production soon.

The odds seem good that Scott will play an agent of SPECTRE, a spy organization that rivals Bond's, if the Blofeld rumors are true.