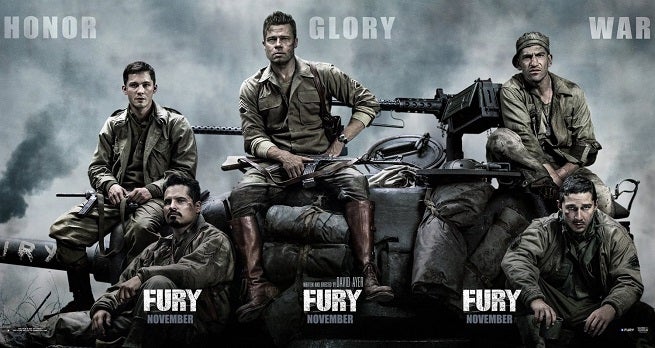 At least five Sony films have been leaked online this week following an online attack that took down the company e-mail system and compromised a number of Sony-owned websites this week.

The attack, purportedly from someone calling themselves #GOP, warned the possibility of further disruptions, which Sony is working to prevent, according to Deadline.

The leaks are apparently from awards-season screeners, and include Fury from Suicide Squad director David Ayer and the comics adaptation Annie.

Also leaked are Still Alice, Mr. Turner and To Write Love On Her Arms with Thor: The Dark World's Kat Dennings and Juliana Harkavy, who has had guest spots on Constantine and The Walking Dead.

Fury, still in theaters after an October release, is apparently far and away the movie generating the most interest online -- perhaps not a surprise, given that it's a popcorn-blockbuster kind of movie and the others are dramas.