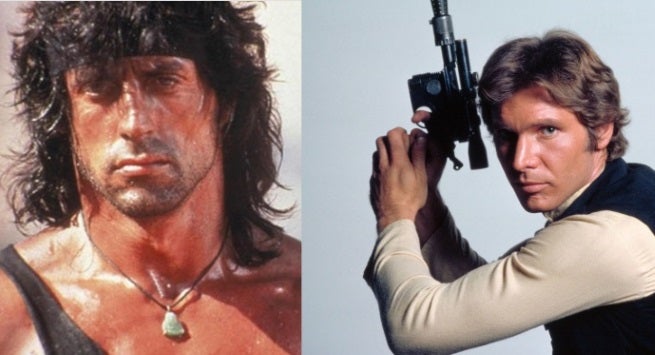 The Expendables 3 star Sylvester Stallone was a guest on last night's episode of The Tonight Show with Jimmy Fallon.

On the show, Stallone talked about sharing the screen with so many big film stars, including Harrison Ford.

This led to him telling the story of how he auditioned for the role of Han Solo in Star Wars. He said George Lucas and his producers - admittedly exhausted after a full day of auditions - seemed to dislike him for the part right from the start. Stallone made things simple by cutting them off before he even started reading.

"Let me just make it easy for you," Stallone recounted saying to Lucas and his producers. "I would look like crap in spandex leotards and a ray gun. Guys in space don't have this face, I get it."

You can see the full video below: