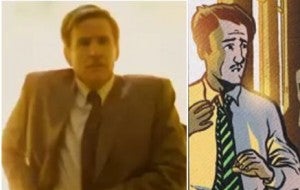 It's been known that some of the actors that appear in the Dark Knight Rises aren't necessarily playing the characters that were officially announced. Be warned that this article potentially reveals a major spoiler for The Dark Knights, so stop reading now if you don't want to know. Matthew Modine was said to be playing a character named Nixon, but he recently revealed in an interview with VH1 that he actually might be playing someone else. The new name that Matthew Modine gave for his character was Foley. The name Foley didn't ring a bell for us, and we thought this was odd that Christopher Nolan would find it necessary to disguise the name Foley. However, one of our readers pointed out that there is indeed a Foley in the Batman comics. Sergeant Hugh Foley was a member of the Gotham City Police Department, just like Modine's character Foley is part of the Gotham City Police Department. Here is where it gets really interesting. Hugh Foley was part of the No Man's Land storyline, which has long been rumored to have been one of the sources of inspiration for The Dark Knight Rises script. In No Man's Land, Gotham City is shut off from the rest of the world after an earthquake and the bridges leading into the city are destroyed. In the Dark Knight Rises trailers, several scenes mimic these events showing bridges being destroyed and a football field collapsing in what appears to be an earthquake. 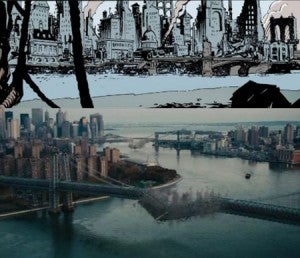 With all these story similarities and now the revelation of Modine playing Foley, it definitely looks like all the rumors about No Man's Land are correct. Why else would Christopher Nolan want to keep Foley's name secret? Here's something else about Foley in the Batman comics, which is another spoiler if Modine's Foley is indeed based on him. In the No Man's Land storyline, Hugh Foley is a major antagonist of Commissioner Gordon, opposing almost every thing he tries to do to reclaim Gotham City. Foley is eventually killed by another Gotham City Police Officer named Billy Pettit.